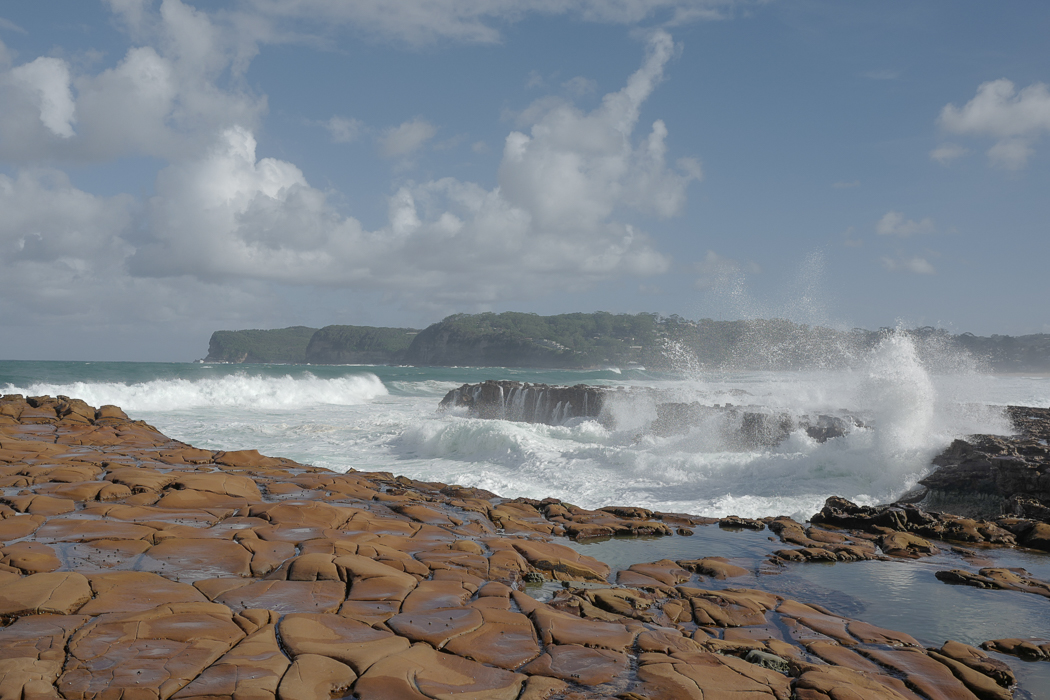 A big sea on a sunny day is something really special. There is the sound of the waves and the force with which they hit the rocks, the beautiful salty smell and the dampness from the spray.
Photo taken last month at North Avoca on the Central Coast of NSW with the Leica Q. 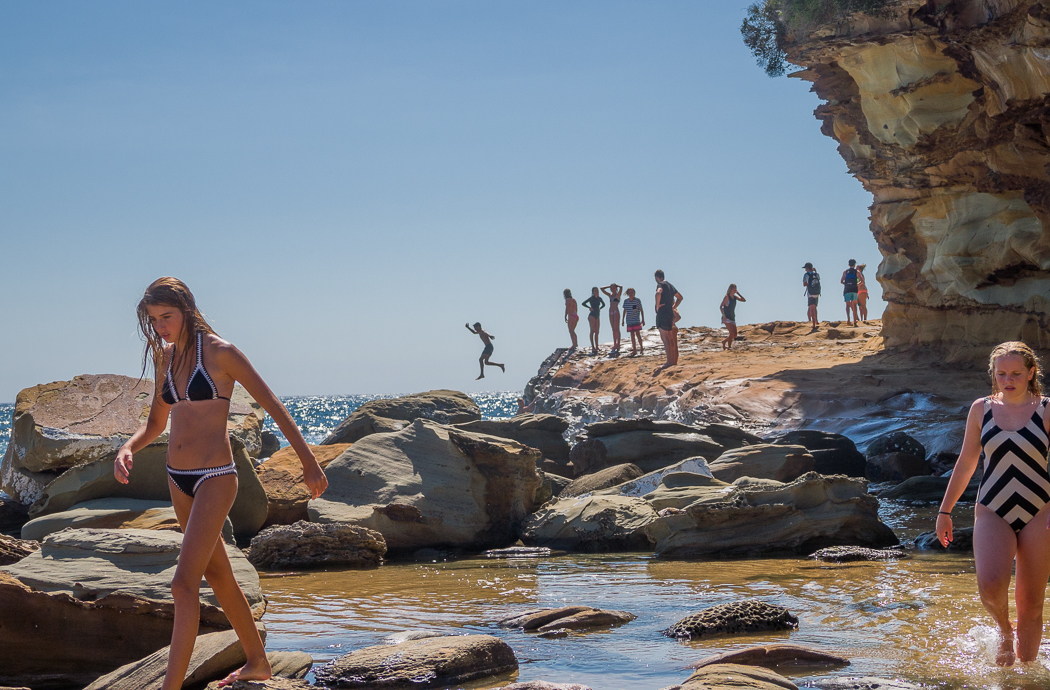 This photo taken at Avoca Beach, back in January, is one of my all time favourites.
I have high hopes for it in photo competitions. It was selected in the final 6 for a recent Sydney Morning Herald photo competition and it has just been given highly commended in the US i-shot-it Premium photo competition-that's the one I won last year with a nice cash prize.
I guess I should be pleased that it has done so well but sadly there was only a prize for the winner in both competitions.
I'll keep entering it as I feel that it is going to be a winner soon.
1 comment: 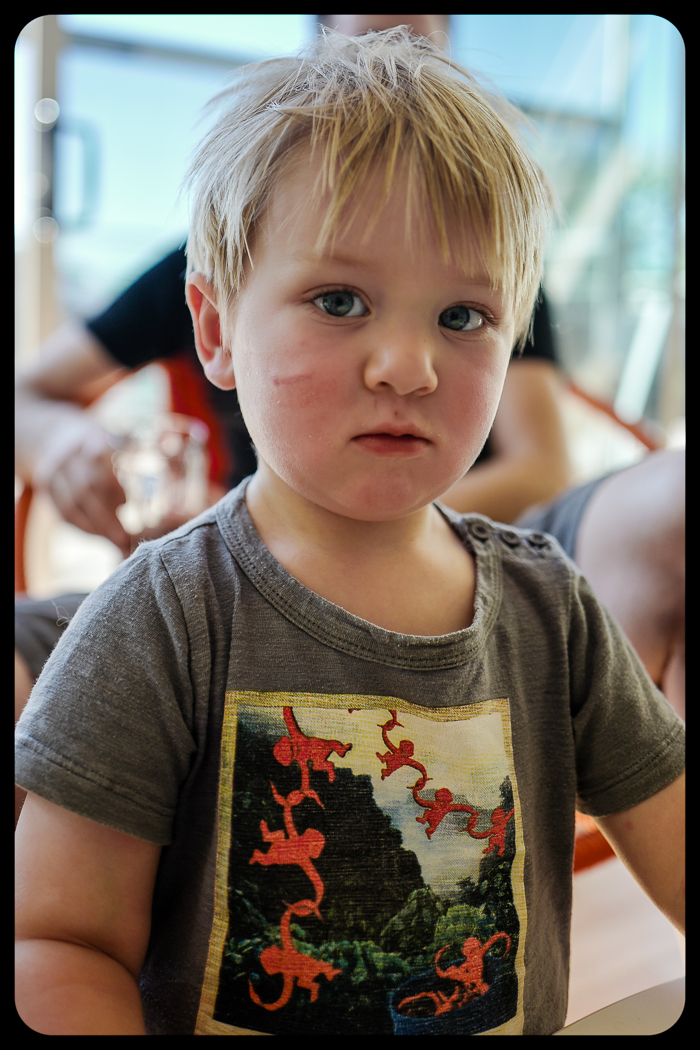 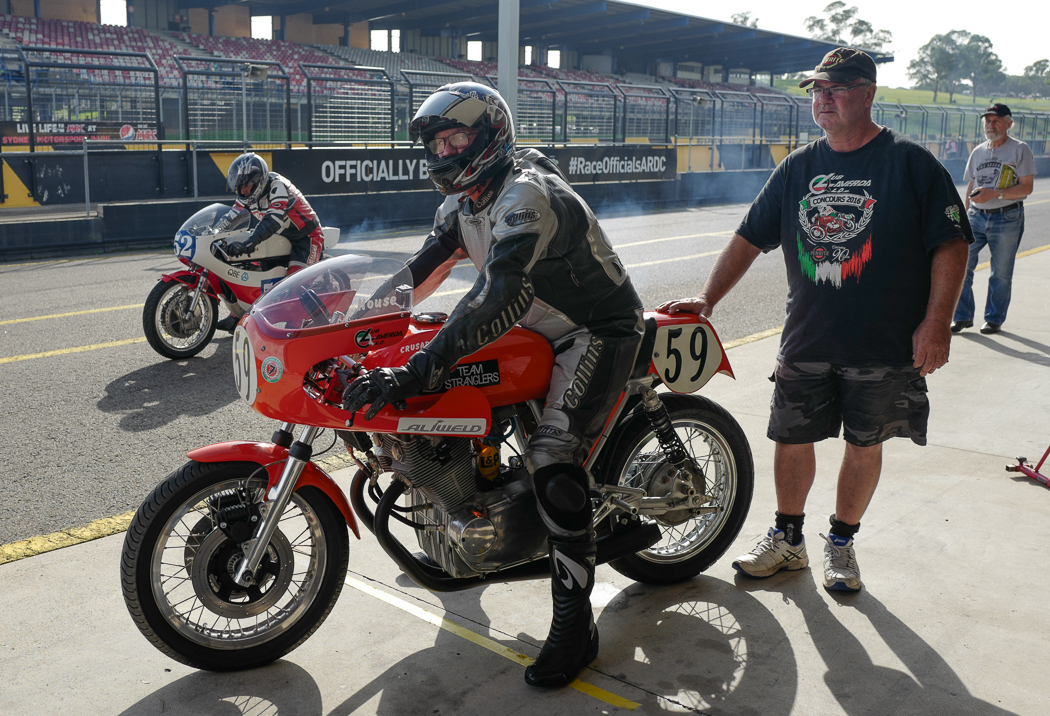 If you read the The Rolling Road regularly you will know that I am a big Leica fan going way back to 1968. I am very fortunate to have owned quite a few Leica cameras over the years and my current trio of the X1, the X Vario and the Q are all capable of producing superb image quality but of the three the Leica Q is the star performer. As well as producing superb image quality the Q is a joy to use. It feels and looks like a classic Leica film camera and the controls and menus are straightforward and simple.
The lead designer for the Q was a young Swede, Vincent Laine. Not only is he a very talented designer but he is also a talented photographer. He has an Instagram account @vincent.laine. You can read his bio and see examples of his photography on his personal website Vincent Laine  .
Photos above - grandson Felix and pit lane both taken with the Q. From the camera jpeg files with light post processing in Lightroom. The Blogger system compresses the photos so what you see here are highly compressed files. The originals on a big monitor screen have real punch.

Australian freelance photographer Daniel Berehulak has just won the 2017 Pulitzer Prize for photography for his New York Times story on the extrajudicial drug killings in Phillipines.
The photos are quite extraordinary. See Pulitzer Prize .
Daniel is no stranger to major photography awards. His work is outstanding. In my book he is currently one of the world's top photojournalists.
You can find his website here Daniel Berehulak
Also there is an excellent, albeit somewhat old, interview with him here Interview 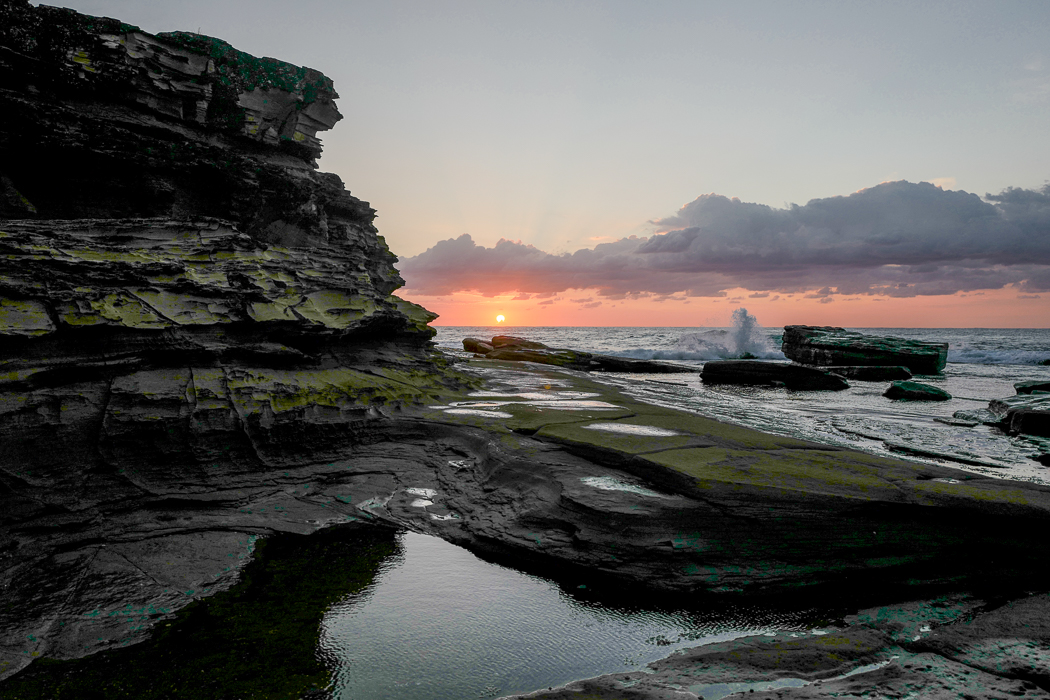 I don't take photos of sunrises and sunsets-they are not my thing-well that's what I say. But on Monday I broke my own rule. I went for an extended early morning walk with a camera. I was close to the rocks below the Skillion at the Terrigal Haven when I saw that a cloud formation was lining up to make a special sunrise. I walked onto the rocks and waited. I took six photos-this is the best of them. It was taken on the Leica Q as a jpeg file and this is the full frame-no cropping. It was taken at 1/800th sec and F2.8 at ISO 100 . I did some post processing in Lightroom to pull some detail up in the shadow area. I did not touch the colour settings-it really was like this.
Although I have seen thousands of sunrises I am always surprised by how quickly the sun appears. One minute the sky is lightening and the next an orange orb is rapidly ascending into the sky. If you stand around messing with your camera settings the show will be over before you know it.

At the end of the day. 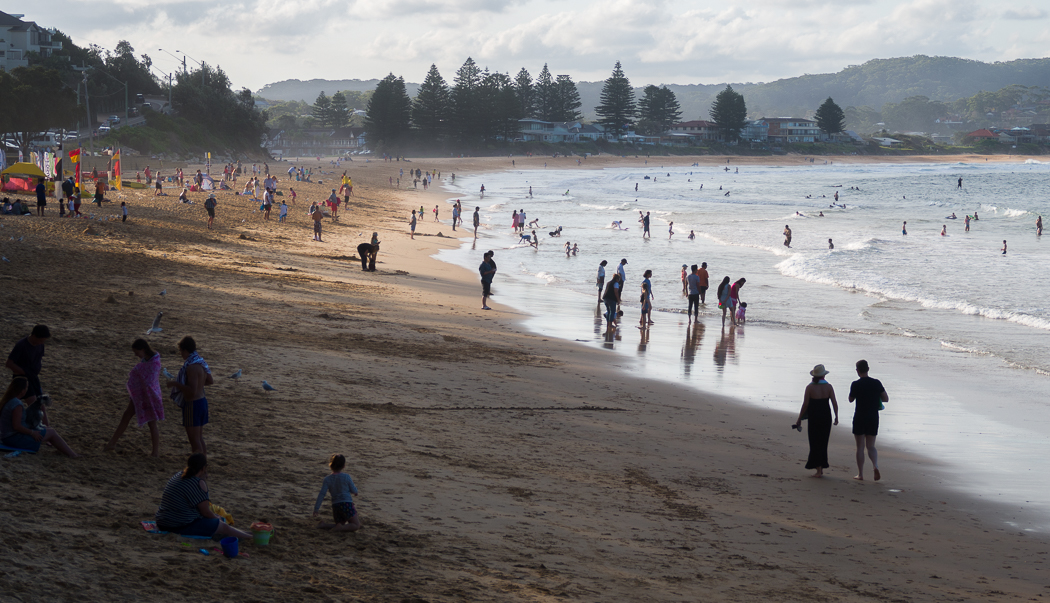 It's almost a given that it rains heavily over the Easter weekend here on the east coast of Australia. Well, there is always the exception that proves the rule and this Easter is the exception. Beautiful warm days-27ºC- and not a sign of rain so far. Yesterday was grandchildren day and we took advantage of the weather to take the crew onto the rock shelf by Terrigal Haven-always a popular outing-when the tide is out.
The light was glorious this afternoon at 4.00 when I took this photo of the crowds still on Terrigal Beach. The sea must still be warm going by the numbers swimming.
This was taken with my Leica X Vario-a beautiful camera. Leica have stopped producing the X Vario-it was a poor seller-and it was much maligned at launch-so sad- -but the reality is that it really is an outstanding camera.
For balanced and fair comment on the X Vario search under Leica X Vario on the excellent Macfilos blog see MACFILOS
If you want to get into Leica ownership with an outstanding camera check out the X Varios for sale on eBay. Prices have come tumbling down so you can pick up a bargain.
No comments: 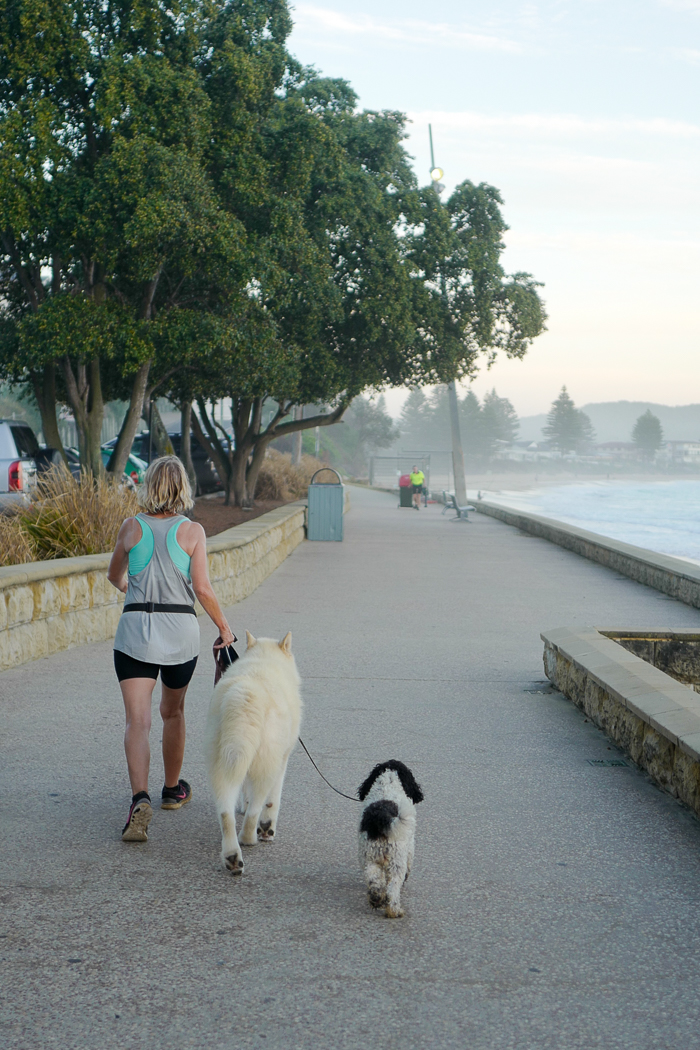 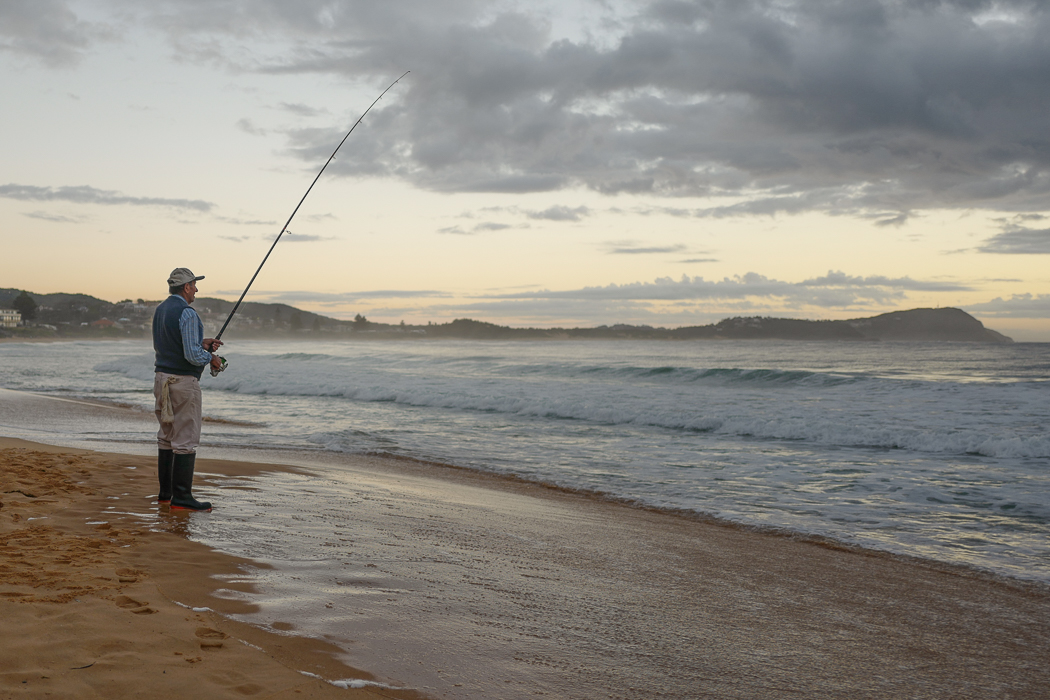 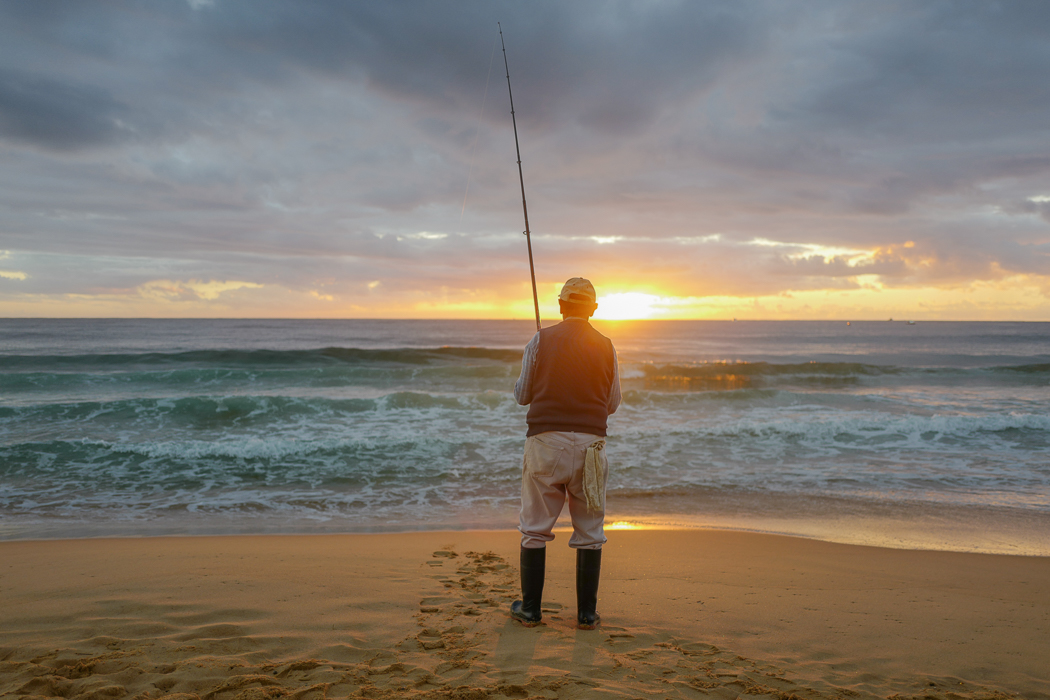 I'm an early riser. I am usually awake by 5.00 am wherever I am and I'm out of the house for my brisk morning walk most mornings by 5.45. It's the best time for photos -as long as there is light. For the last few weeks it has still been dark right through until at least 6.30 which puts a dampener on photography. Fortunately we put the clock back by an hour and moved off summer time two weekends ago . So now I can look for those early morning photos again.
I always find it sad to see people with cameras on tripods down around the beach in the morning. Straight photos of the sunrise are just so easy and ordinary. There are so many more interesting photos to be taken around the beach if you just look for them. I am trying to get a worthwhile picture every day to post on my instagram account @therollingroad.  I'm not always succesful but I have been quite pleased with some of the recent shots-above.
I find that Instagram is a convenient way to gain visibility for my photography and there is some really great photography on it -if you know where to look.
My reservation about Instagram is that it is now owned by Facebook an organisation for which I have no respect. I don't have a Facebook account and plan never to have one.
All photos were taken with the Leica Q
No comments: 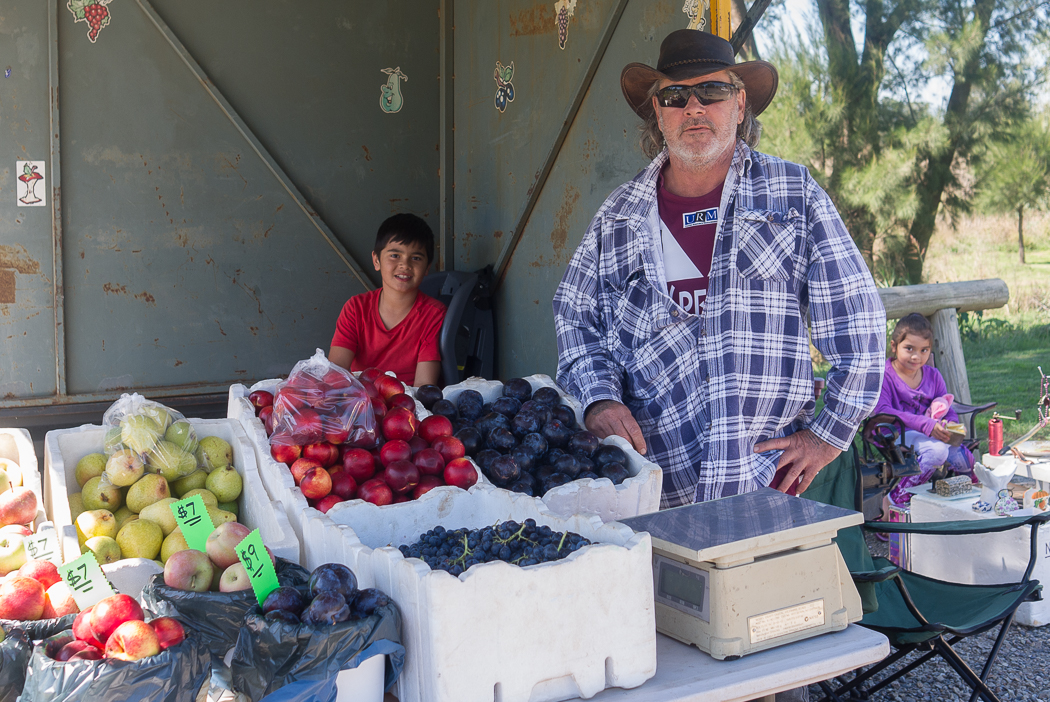 Molong is 37kms north of Orange in the central west of New South Wales-see previous post.  It is still an attractive little town but it is obviously a shadow of its former self. There is a post office, a bank, some cafes, shops, some offices and a once grand departmental store which is long gone. On the Mitchell Highway heading north into the town there are grain silos beside a railway line but now the farming is grazing-sheep and cattle- and it looks as if the silos are no longer used.
Driving towards the town beside the road were handpainted notices advertising fruit for sale and in the rest area set off the highway was a small iron hut signed Mark's Fruit Hut. We pulled in and bought some grapes and plums from Mark-above - who was there with his two children. There was little traffic on the road. Mark has a very tough gig. It was pleasant enough on Saturday but in the height of summer he would really feel the heat and keeping his stock fresh must be expensive and difficult. I feel for people like Mark.
He readily agreed to me taking his photo. I'd like to do more photos like this. If I had a week wandering the back roads in the area I am sure I could come back with a decent portfolio. 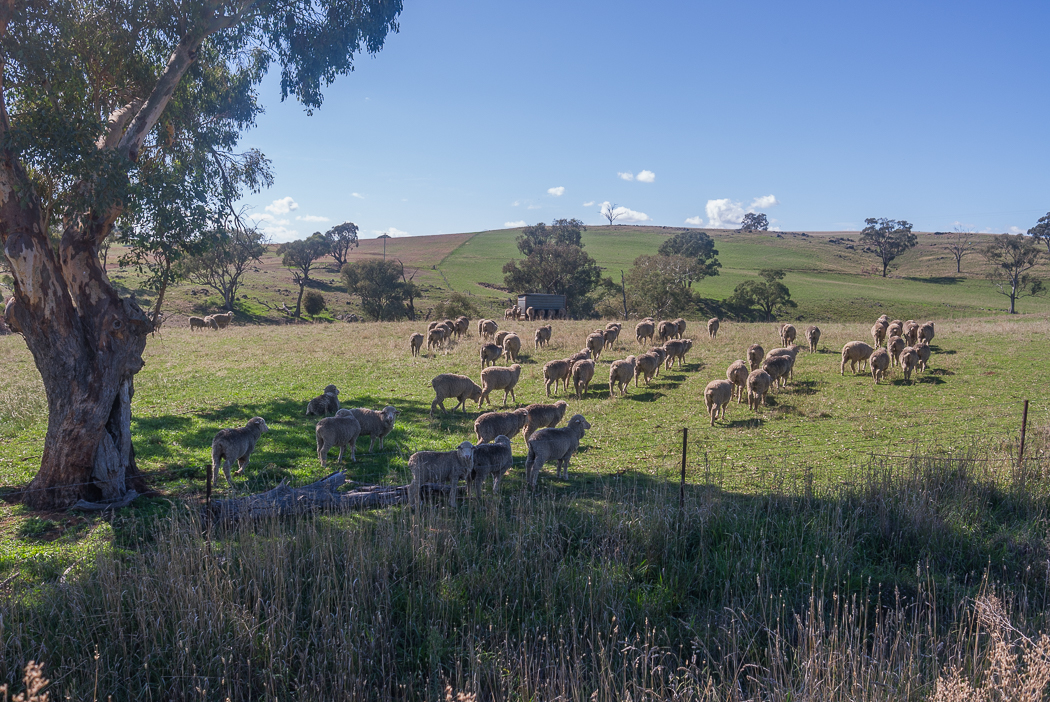 I've just spent 5 days inland in and around Orange in NSW-about 300kms drive from home in Terrigal. Once you cross the Blue Mountains it is almost as if you have entered another country. The eastern seaboard of Australia north and south of Sydney in particular is becoming more and more crowded and frantic. It is almost more California than Australia. Cross the Blue Mountains and head inland to Orange and you can sense a change of attitude. They drive very quickly out on the open roads -but the distances out there are big so they have a reason -but in town it's"no worries"country. It's still easy to park on the main street and there is way less hassle than in Terrigal yet alone in Sydney. It's not as if it is "hick". Coming into town there are all the usual suspects in luxury car dealers and plenty of cafes serve excellent coffee-which could hold their own in Sydney or Melbourne. It's a modern city but with a distinct country vibe. It's not all good news- it is stinking hot in summer -as I just saw when I stayed in Orange for the Bathurst 12 hour race in early February-and it is cold in winter. In fact it was already cold overnight last weekend.
Back in February the country was dry, parched and brown. Recent heavy rains have changed that. Now the country is a glorious green.
Once you are clear of the vineyards and orchards of the Orange area and head further inland you are into big sky country. It is empty and it is depopulated with the remnants of once thriving country towns and villages now standing sad and decaying. Changes in agriculture practices, consolidations of farms, mechanisation, much improved roads and cars/trucks and the population's demand for better services in education and health and regional air links to Sydney and Canberra has led to the bigger rural centres like Orange, Bathurst, Parkes and Dubbo expanding and prospering whilst the small settlements have just withered away as the populations declined.  Once thriving towns like Molong and Cudal have nothing to offer. If they are lucky they have retained a post office and very rarely a bank but the butchers, bakers and minimarts along with the doctors and dentists and other staples of a small town have long gone. It is a pattern repeated across rural Australia.
If you divert onto the narrow backroads deep into the country it is glorious and empty apart from the sheep and the cattle. Plenty of rusting tanks and the occasional abandoned farmhouse but the vistas are just beautiful.
I took five photos in the five days. I really was looking for the one special shot which summed up country Australia. I think I came close to nailing it with the shot above. So Australian. Sheep and gumtrees and some sparking light from a blue sky. Photo taken on the Leica X1. 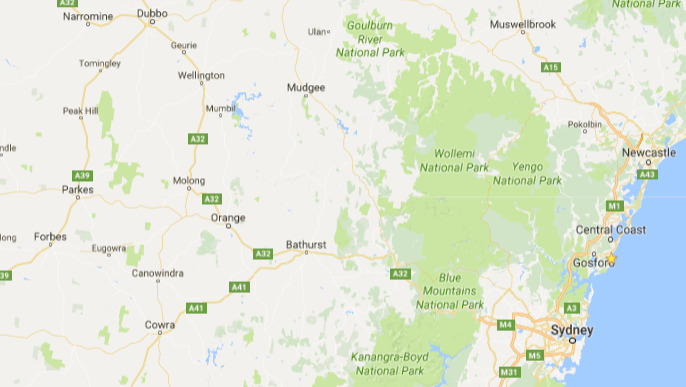