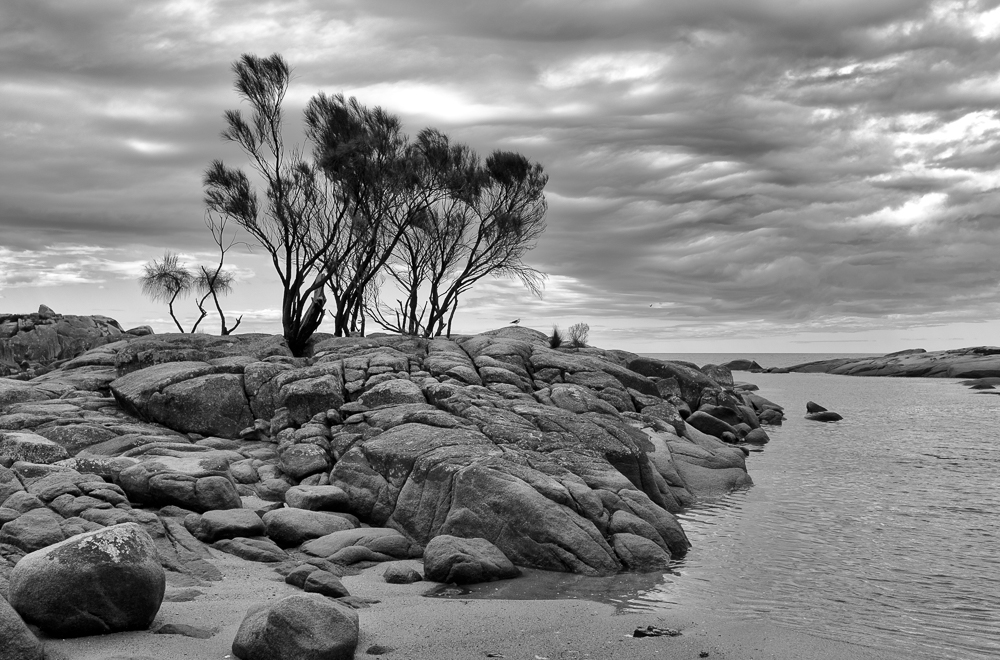 A photo taken 7 years ago near Binalong Bay, north of St Helens on the east coast of Tasmania. This was taken as a colour photo with my Leica X1 but earlier this week I decided to convert it into black and white and to submit it to the Leica Fotografie online Gallery. It has been accepted as one of their Coastline shots.
Converting it into black and white in Silver Efex Pro4 software  changes the mood of the photo. The colour original below shows a calm scene on a rather flat summer's day. The black and white version is more atmospheric with clouds which have a hint of being threatening. Having said that I much prefer the original colour version. To me the black and white is somewhat contrived-it is a scene I did not see. 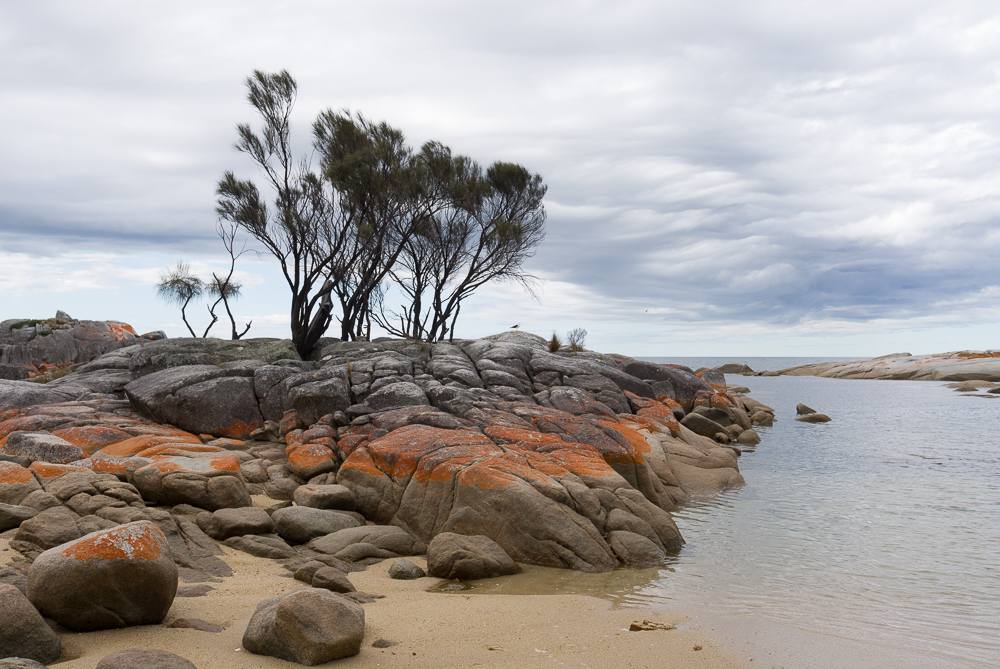 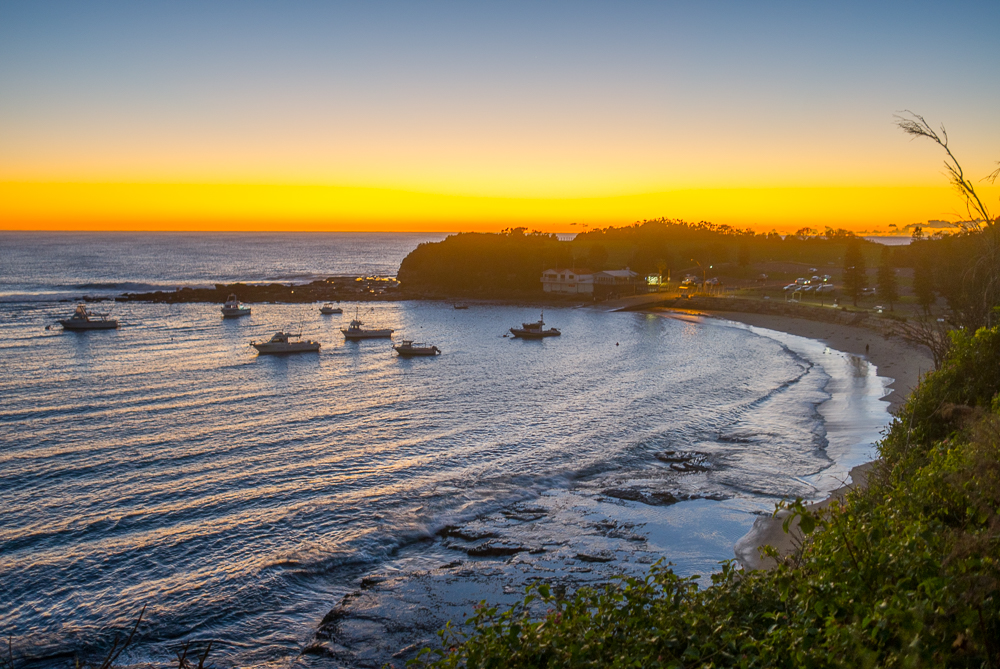 In the last four weeks we have had some really spectacular sunrises along the east coast of Australia due to a combination of the time of year and high levels of dust in the atmosphere. With the big dry continuing inland there is a lot of dust being picked up by the prevailing wind and taken east. Recently I have not been as diligent as I used to be in carrying a camera on my early morning walk so I have missed photographing the most spectacular displays but today I picked up the X1 and headed down into Terrigal as quickly as I could walk as the sun rose. The big problem with these sunrises is that they don't linger. In ten minutes they have faded away.
Today's sunrise was not as spectacular as many recently but it was still worth a quick photo.
Photo -sunrise over Terrigal Haven at 6.06am today. Leica X1 1/8th sec at f2.8. Camera resting on a fence.

Far from the Madding Crowd 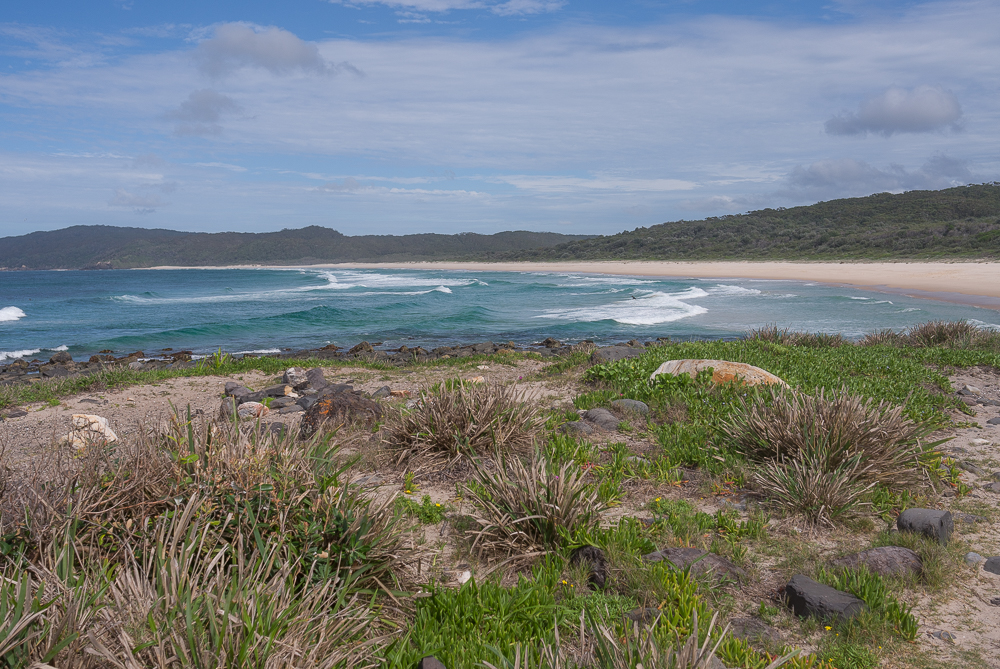 Cellito Beach,Barrington Coast,NSW this week. Pristine, squeeky, near white sand. Beautiful, clean blue water and not a soul in sight.
No comments: 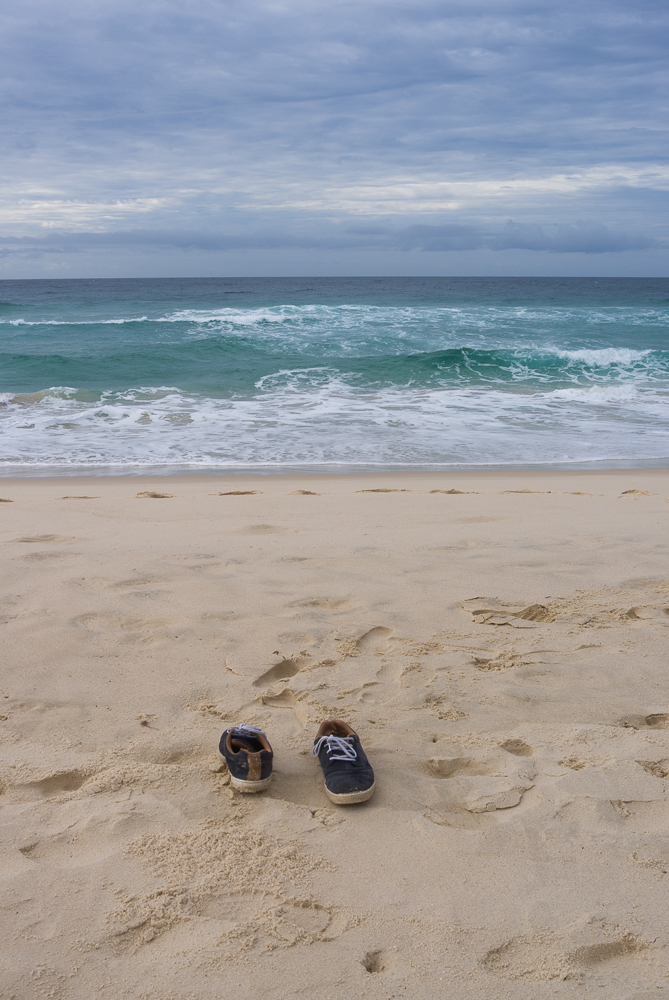 Taking a walk on a nearly deserted Blueys Beach on Barrington Coast NSW early this morning I came across this pair of good sandshoes on the sand. There was no sign of their possible owner. What were they doing there? Had the owner gone for a swim and drowned? Or taken them off whilst walking on the beach and had forgottem that they had left them there? I will never know.