From the cardiac ward 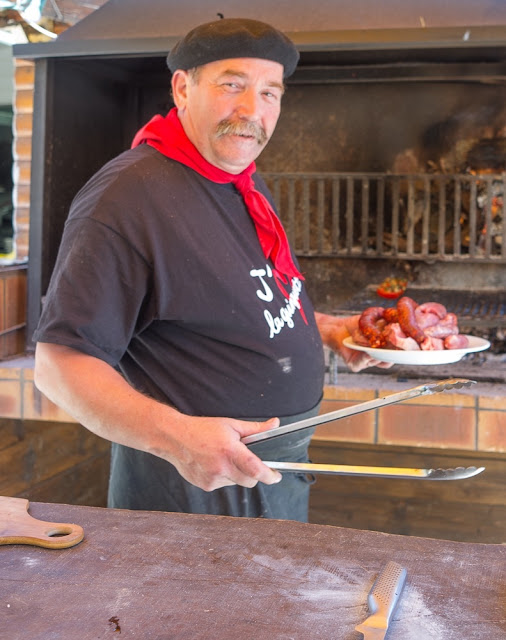 It's very difficult to find an appropriate photo to post from a hospital cardiac ward but this one probably fits the bill. I photographed this jolly chef cooking lunch in a beautiful canal side restaurant beside the Canal Du Midi in France a couple of years ago.
He seemed very happy in his work and his sausages were delicious but I cannot help thinking that if he spent some time in the cardiac ward of a hospital surrounded by overweight men waiting for triple and quadruple bypass operations he would consider losing some weight.
This horrible bacterial infection I picked up six weeks ago has resulted in my losing 8 kg- a not insignificant amount. Whilst I am keen to put some weight back on I am going to try really hard to stay lean and to banish my belly flab once and for all . I have seen quite a few very serious beer bellies in the last few weeks and they are not pretty or healthy.
This experience has really bought home to me the importance of being able to access first class medical facilities something you don't think about when you are fit and healthy.
Leica X1 photo.
1 comment:

Sadly I am in Sydney's excellent Royal North Shore Hospital seriously unwell. The blog will have to go on the backburner until I am recovered.
3 comments:

Away from it all 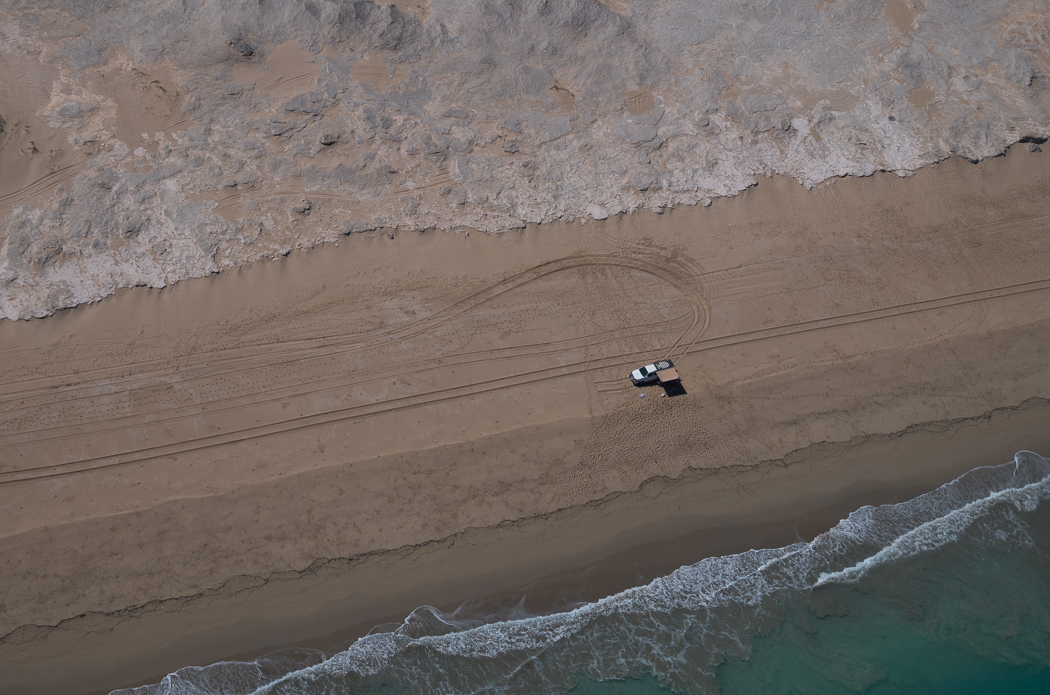 More reflecting on warmer days to come.Shot from the air over Cable Beach about 10kms north of Broome WA two years ago. A quiet fishing spot. It would be hot down there but probably good fishing. 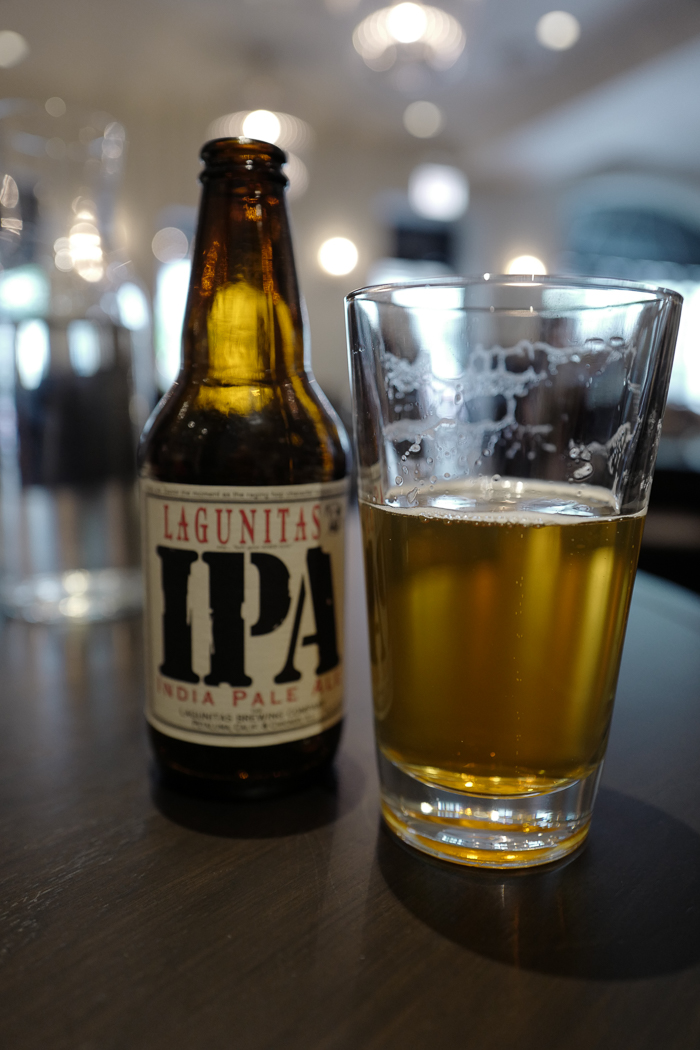 I had some great beer on my recent US roadtrip. Beer in the US used to be a disaster story. Every bit as bad as beer in Australia. Everywhere you went it was the same big brewery product offer. And underpinning it all was the "king of beers" Budweiser-the original beer with no flavour. There is only one beer worse than Budweiser and that is Budweiser Light.You might as well drink mineral water.
I used to visit Milwaukee frequently and this was once the biggest brewing city in the US-famous for beer and Harley-Davidson and once home to Pabst,Schlitz,Miller and Blatz breweries.
By the time I was visiting Milwaukee its glory days as a brew city were well behind it.  Old breweries stood vacant and Miller -soon to be owned by South African Brewing-was dominant. Their signature beer-Miller Draught-is an insipid brown liquid almost devoid of taste. How it came to be revered I will never understand. A victory for marketing if there was ever one.
Over the past 20 years craft breweries have exploded in the US. It seems as if every small town has its own craft brewery or two. Even Milwaukee now has literally dozens of craft breweries.
The beers being produced by these craft breweries are excellent-full of flavour. Wonderful pale ales and Indian pale ales dominate but there is plenty of choice of styles and the US is no longer a beer desert. Fortunately Australia is following the same route although we have some considerable way to go before craft beer achieves the market penetration it has in the US. There are still plenty of Australians drinking the mass produced tasteless brews and the big brewers are using all the tools available to them to slow down the penetration of craft beer into pubs.
There are now 290 craft breweries in Australia and there are two within 20 minutes driving distance of my home on the Central Coast. Sydney and Melbourne are thick with them. Long may it continue. As it is the fourth of July I thought that I should post an American photo and I have chosen this shot of the Grand Canyon taken by me from a helicopter last year.
Considering it was shot through perspex it is surprisingly sharp and distortion free although a white "shadow" is visible on the rh side. With work I could remove that.

To all my American readers enjoy the fourth. 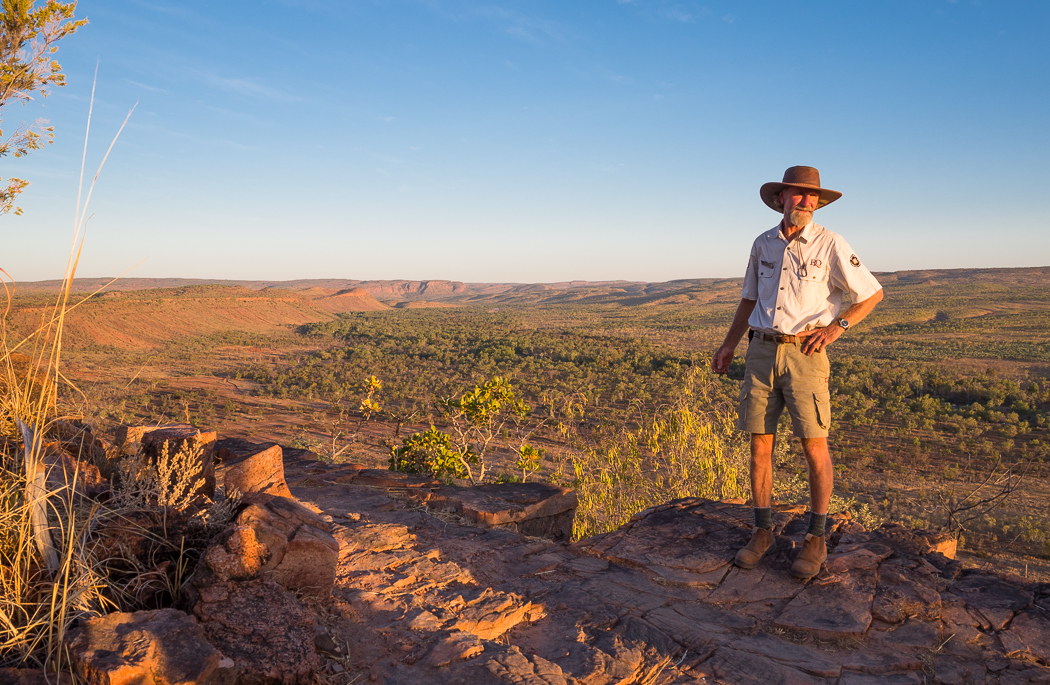 Another shot from the Kimberleys trip two years ago. Sunset from high ground looking down to the Chamberlain River. Spectacular country and spectacular colours. Leica X Vario photo.
No comments: 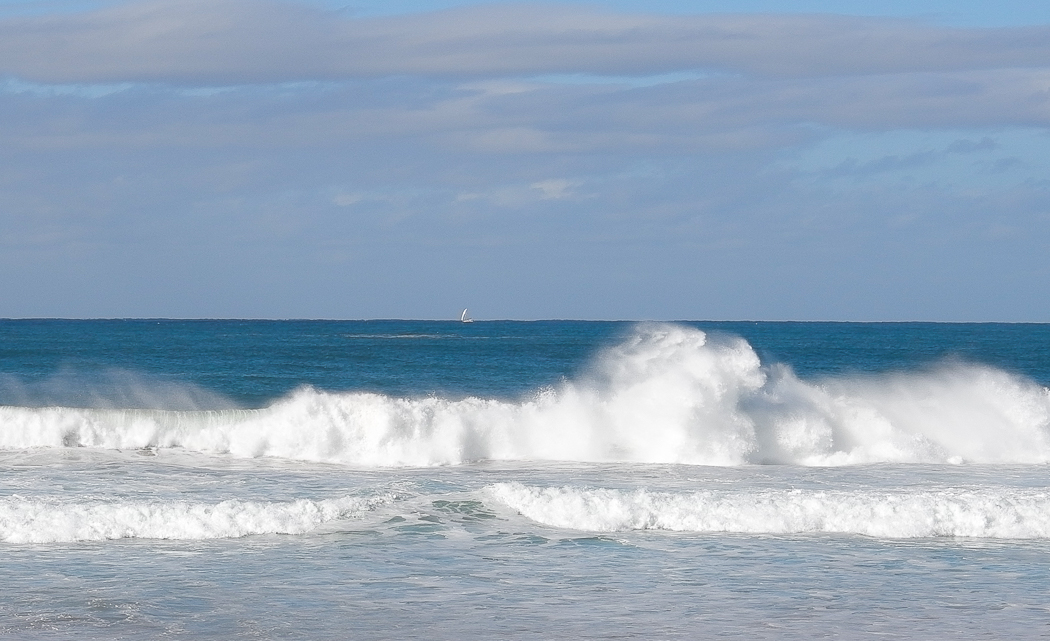 I am feeling somewhat better and the beautiful crystal clear day and the massive sea enticed me to pick up a camera and take some photos at N Avoca this morning. Despite  the very heavy swell this small sailing boat was apparently intent on heading north and taking full advantage of the southerly wind whilst it could.Not for me.
Leica XV photo.
No comments: