Looking for a white horse. 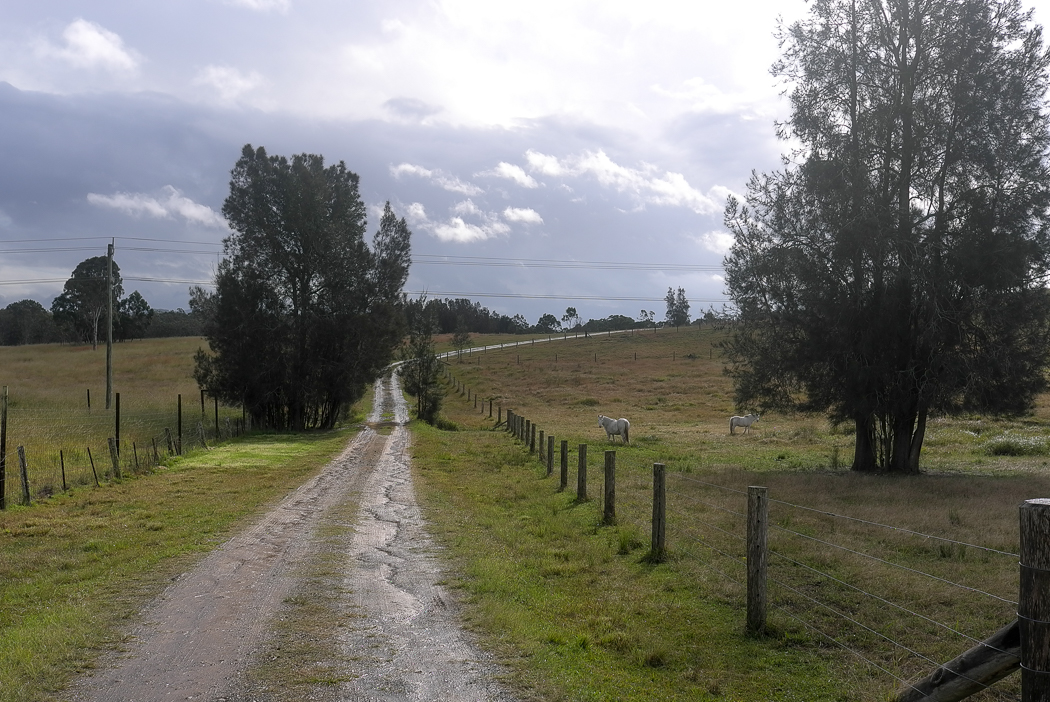 Somewhere years ago I read that a white horse is one of the most difficult things to photograph well because you too often end up losing the detail in the white-whether you are taking the photo in colour or black and white. Ever since I read this I have been looking in vain for white horses to photograph so that I can challenge myself.
Driving down the Lakes Way in the Myall Lakes National Park back in July I spotted these two white horses in a field so I turned around and drove up the farm track towards them. As soon as I got out of the car they sauntered off . They were having none of it.
So I had to settle of this rather pleasant rural photo lit by weak winter sunshine.

In winter the Lake's way is a beautiful drive on a usually empty road. In summer it is full of  tourist vehicles. There are long straight stretches with a 100kmh speed limit.The temptation to go 120/130 on these stretches is great and on this trip I was just setting myself up for a fast run when far in the distance I spotted a car coming towards me. It was a Highway Patrol car.I would have been a sitting duck. My lucky day even if the white horses got away.
No comments: 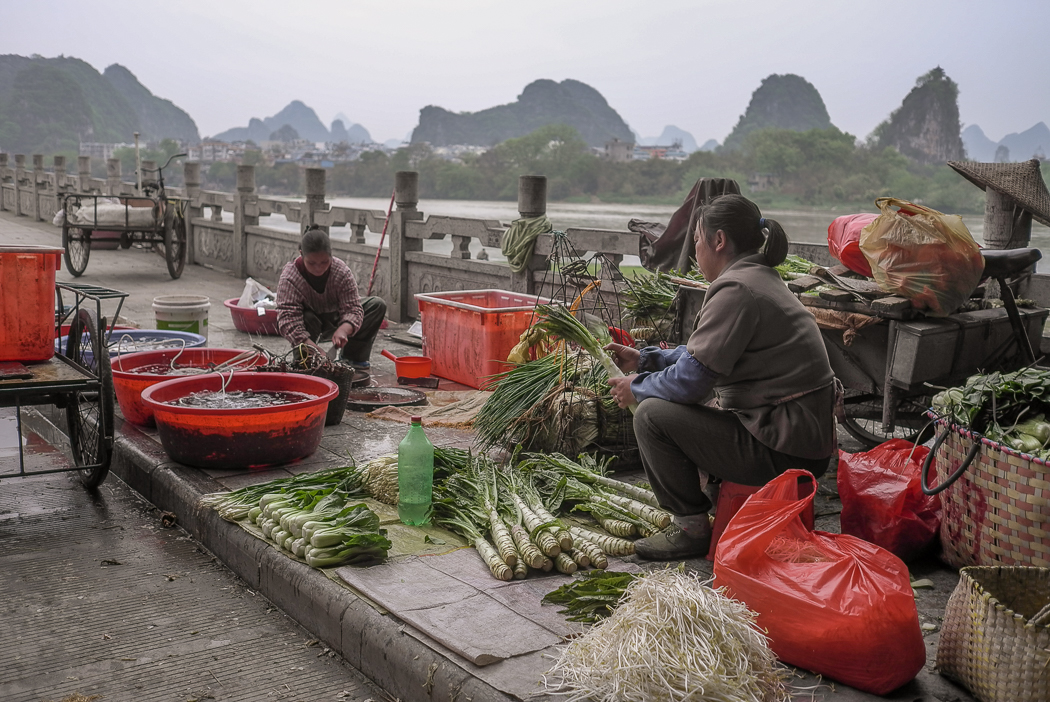 As I am stuck recuperating and I cannot drive nor walk any distance I cannot get out and take photos so I am sifting through my back catalogue looking for interesting photos with a story.
I took this one with the Leica X1 in Guilin,China, very early in the morning.These girls come in from the surrounding countryside and sell vegetales literally on the street.This was taken as they were setting up. They must get hours earlier in the dark to get onto their pitch.Most come by bike or pushing a cart. It's a very tough life.
The big advantage of the little X1 in these situations is that the camera is barely visible so you can shoot without making yourself the centre of attention.

In the background you can see the very distinctive karst scenery of the region.

A drive into the mountains. 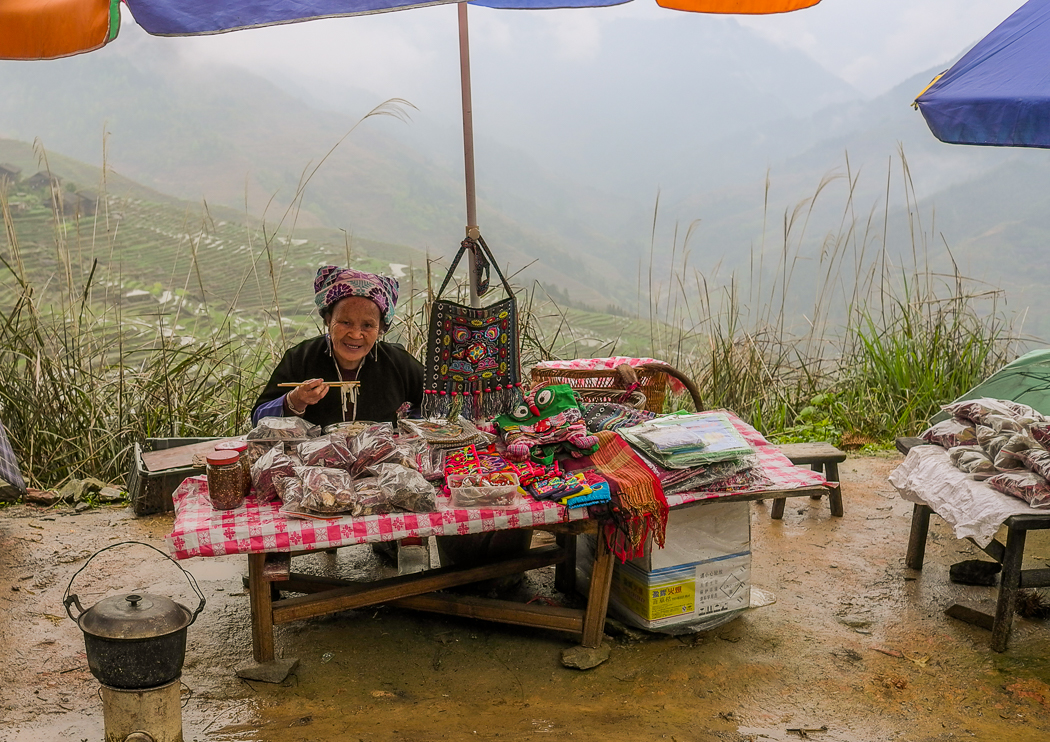 This photo was taken in the mountains high above Giulin in S China. The attraction of the area is the spectacular rice terraces which cover the mountains-see photo below.
The drive up into the mountains was not for the faint hearted-we did it in a small mini van. One of those Suzuki devices with the crash resistance of a wet paper bag. Fortunately our driver was cautious but most on the road that day were not.  I have never seen such dangerous driving and so many accidents in one day (or even in one year). The road is narrow,winding and steep.Trucks and buses freely overtake on blind bends without hesitation. Head on collisions are avoided every few minutes by sheer luck but not always as we saw where a minivan was hanging on the edge of a cliff. Close your eyes.
It was a long,slow and harrowing drive. When we reached the top of the mountain it was pouring rain. There were no western tourists,except us,but it was big attraction for many locals arriving by the busload. We walked down muddy tracks to a small village nestled in the terraces where we had a surprisingly good lunch in a restaurant in an old house. It was one of those strange lunches-the opposite of a group tour lunch-where two of you sit in a completely empty restaurant with a guide who has very limited conversational skills and every so often an old lady appears with another plate of food from a back room. She puts in down and retreats silently. At the end of the meal the guide summons us to leave apparently without paying the old lady.
The rain had intensified when we walked back from lunch to the bus park and water was overflowing from the terraces onto the already very muddy path.The glorious rice terraces were lost in low cloud but then almost miraculously the sun broke through for just a few minutes before the rain sets in again. It was definitely not good weather for photography. I had just my X1. No decisions to be made. No zoom lens-just my personal two foot zoom -my feet. I photographed this hill tribe lady selling her tourist knick knacks and having her noodle lunch apparenly oblivious to the rain. With the benefit of hindsight I should have bent down and shot it from a lower angle but perhaps the pouring rain made me act quickly. Anyway it is a colourful shot with a story attached. 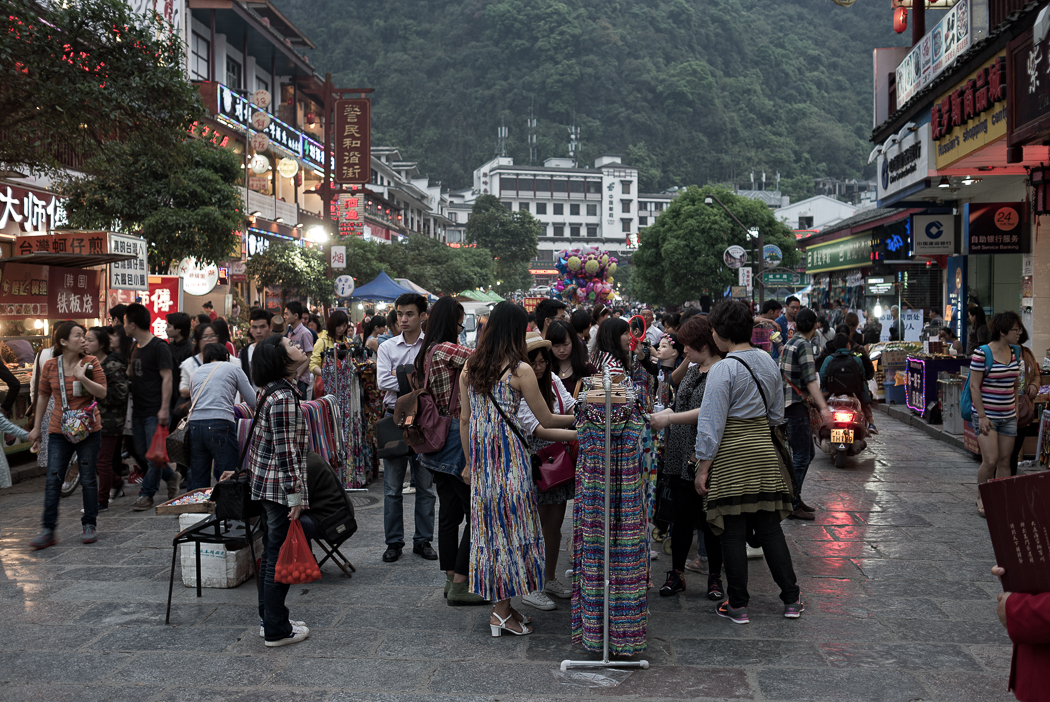 I just saw in the NYTimes a portfolio of Hong Kong street scenes where the photographer is trying for a cinematic effect.See Hong Kong
I really like the look he has achieved so I pulled out a possible candidate for the treatment.Taken in Yangshou,China with my Leica X1.
If I had used a 28mm lens it would have been more cinematic but that was not an option at the time.
No comments: 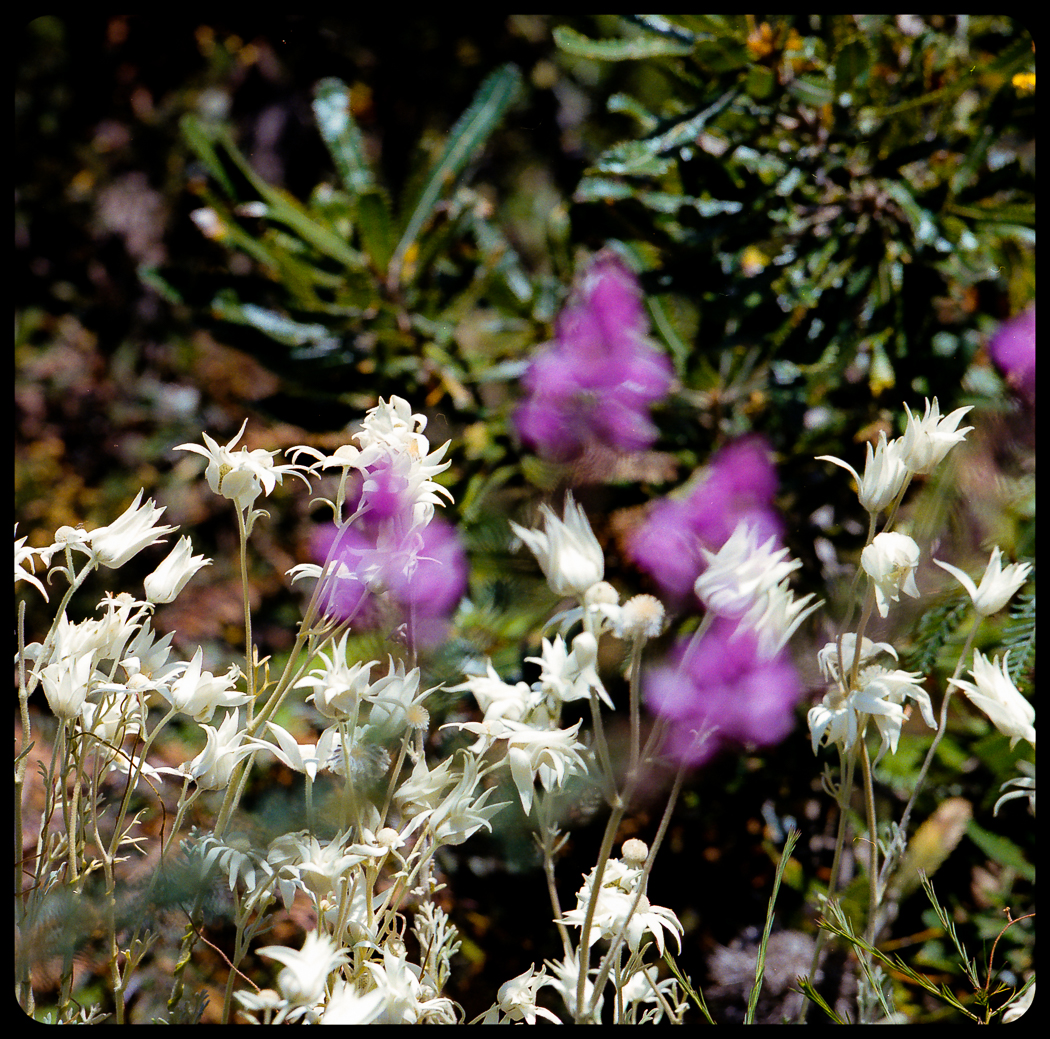 Being confined to a hospital bed for 6 weeks as I have just been is not fun. It is,in fact,the antithesis of fun. When I first arriived at the Royal North Shore Hospital I was very unwell. The bacterial infection had really knocked me around and I had lost 10kgs. I was on a 24 hour IV injection of antibiotics and trying to sleep with an IV device permanently attached to your arm is a real struggle particularly in a busy hospital where there are devices sounding off every few minutes even through the night.
Over a six week period you get very bored with reading,watching TV and surfing the internet. Your mind wanders and you doze. My long confinement was due to the fact that the doctors were hoping that the antibiotics would clear the bacterial vegetation which had attached itself to my heart valve. It was not to be so in the end they decided to open me up and replace the diseased valve. Not exactly a minor procedure. They did this just two weeks ago and I was home 8 days later. Now I am recuperating and getting a little stronger every day although there is a long way to go. I am still only firing on 4 cylinders but looking forward to firing on 5 in the next week or so.
Of course having nothing constructive to do for such a long period of time does give you time to think. My thoughts were always on what I was missing-my lovely wife and her delicious food- why is hospital food so awful-,my cats,my friends,the grandchildren,the garden,the open air- I really missed the open air,my Porsches and my photography.
It may be a statement of the bleeding obvious but hospitals are full of sick people and a cardiac ward is full of very sick peope.This makes a depressing environment even more depressing. I seriously wonder whether my long confinement has left me a little traumatised it was so awful. It is certainly an experience I never want to repeat.
For now I will be concentrating on getting totally well and fit and when I am there are quite a few things which I had previously taken for granted which I will appreciate so much more.
Top photo by me.The open air. Spring flannel wildflowers Wyrrabalong National Park near Forresters Beach,NSW.Photo taken on my Hasselblad 500 on Kodak Portra 400 film.
No comments:

Thanks a million Warren 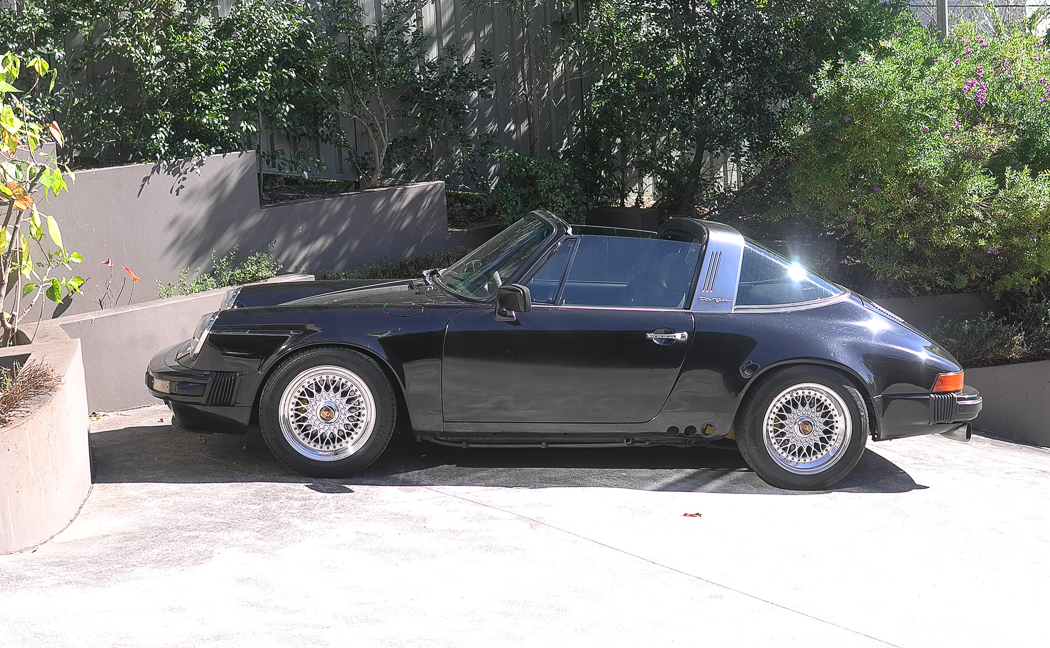 My great mate Warren has been an incredible help to my wife and I over the past five weeks whilst I have been in hospital. I cannot express my gratitude adequately. He took me out for a walk along the Esplanade at Terrigal this morning-I cannot drive for 12 weeks so he is my chauffeur. The sun was out, the beautiful people were out but so was a cold wind. I took my Leica X1 along hoping to get an interesting beach shot but the sea is flat and it was all rubbish but when we got home it occurred to me that Warren's car -which took so long to restore-looked great standing in the winter sunshine so here it is. 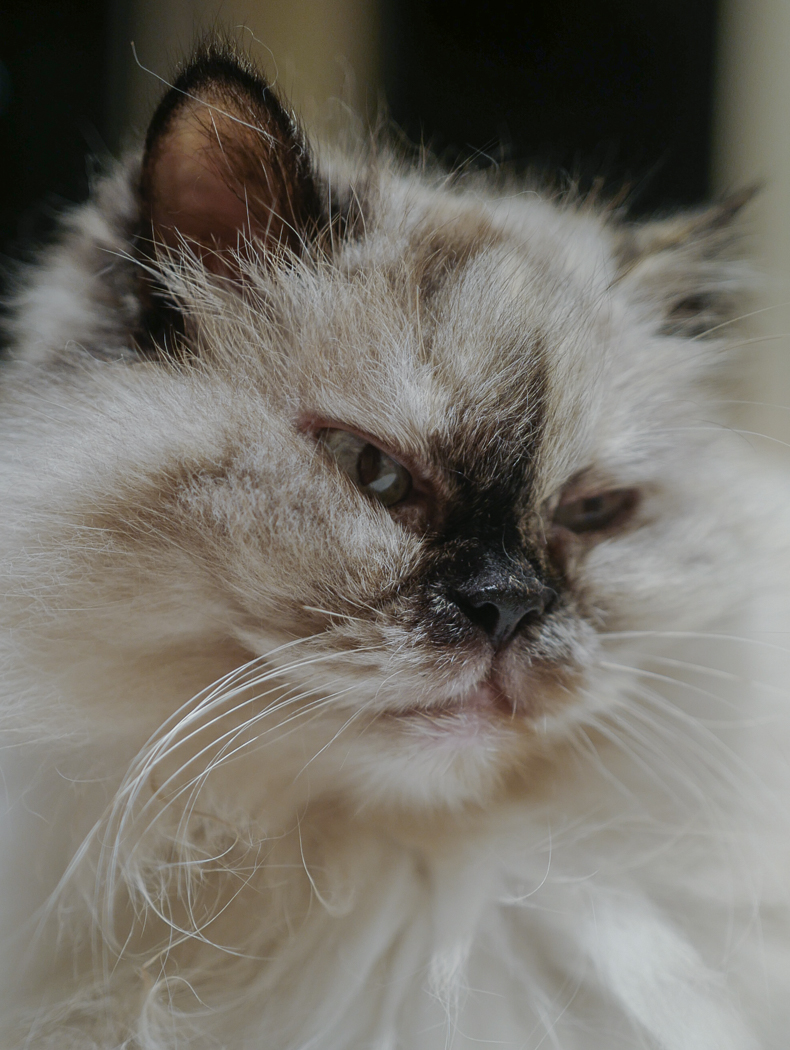 As I stepped in the front door after the 2 hour drive back from the hospital on Tuesday there waiting at the top of the stairs for me was my beautiful Phoebe. She was so excited to see me after 6 weeks and there has been a lot of purring and petting since.
Phoebe is 18 which is a very good age for a pure bred cat.I realise that she will not be with us for too much longer although she is currently in very good shape.The day we lose Phoebe will be a very sad day.She is an integral part of the family and she loves me-unconditionally. I missed you too Phoebe.
Photo Leica Q F1.7 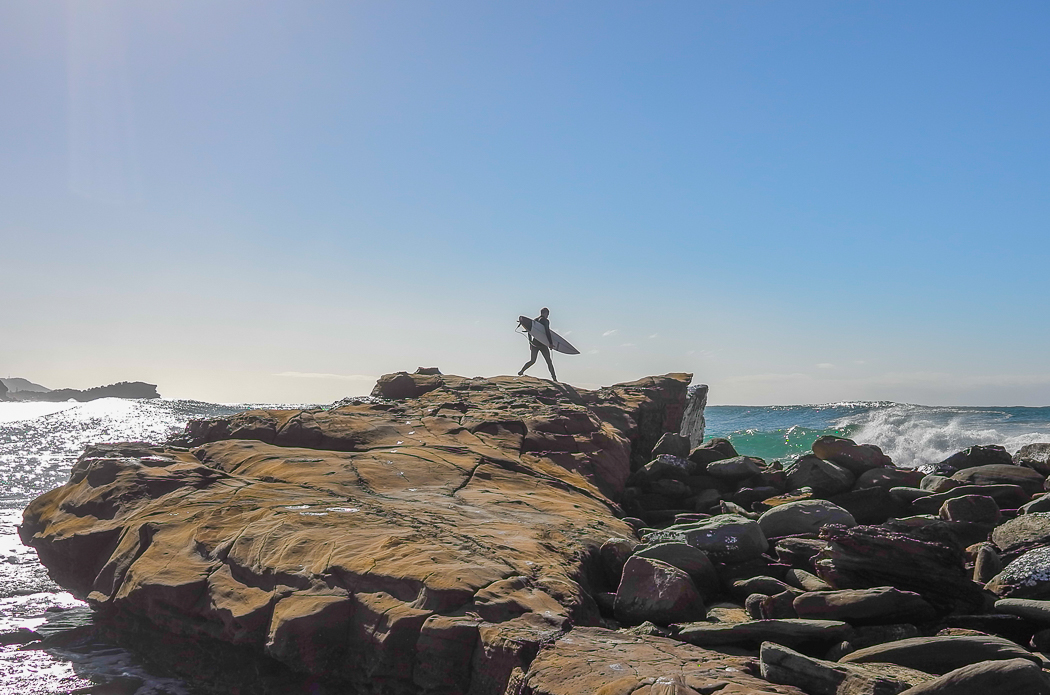 Well not exactly firing on all 6 cylinders but spluttering into life on at least 4.
After over 5 weeks in hospital I was discharged on Tuesday - just 8 days after open heart surgery to replace a damaged heart valve. I should add that the valve was damaged by a very nasty and malevolent bacteria so this whole saga was sheer bad luck.
Royal North Shore Hospital,Sydney, is a fine hospital but 5 weeks is an endurance feat which I never want to exposed to again. Boredom takes on a new dimension.
I'd like to thanks the many well wishers-many of them complete strangers-who sent messages of support.I did not appreciate how many people follow the blog.

It's a beautiful day here in Terrigal so I took the opportunity to take a gentle walk along the esplanade this morning. Sadly I did not take a camera -and in any case the sea is flat and the light is wrong so I have had to dig into the recent library for this shot.
If all goes to plan the photostream should get upto speed again in the next few weeks.
1 comment: