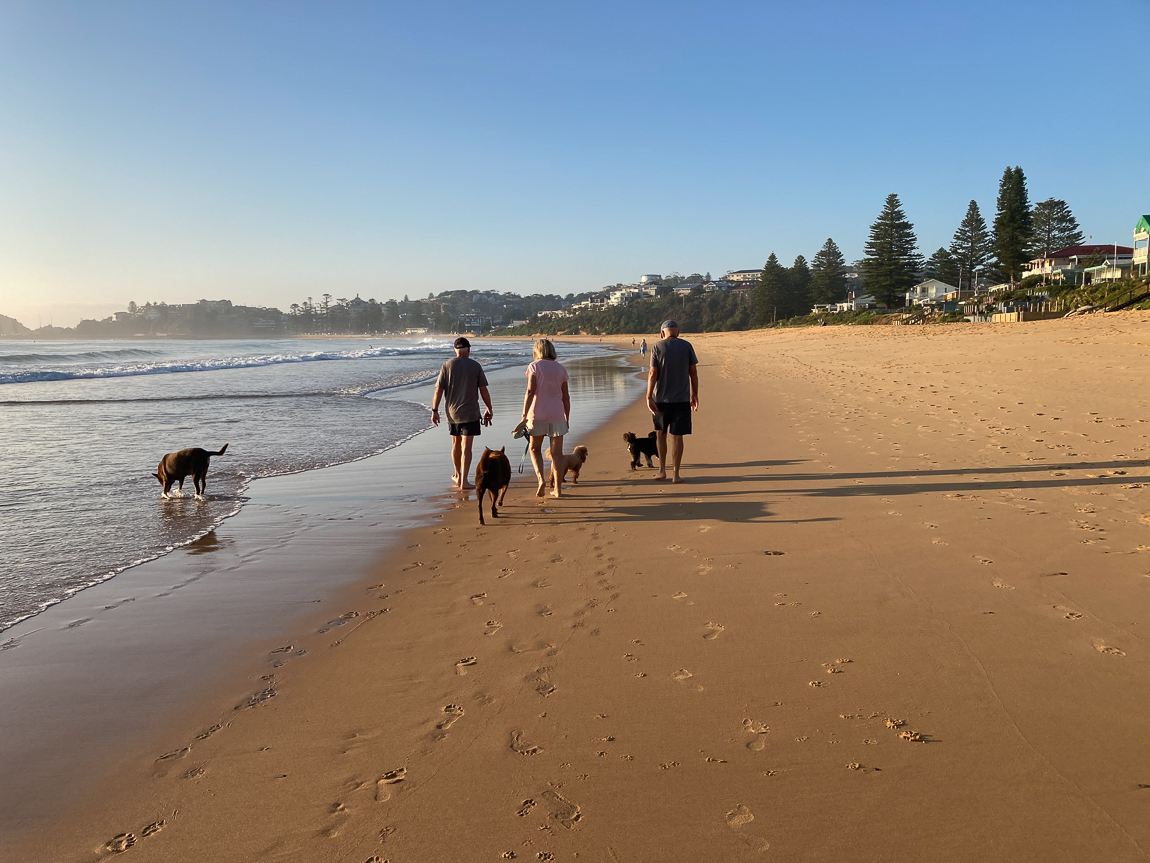 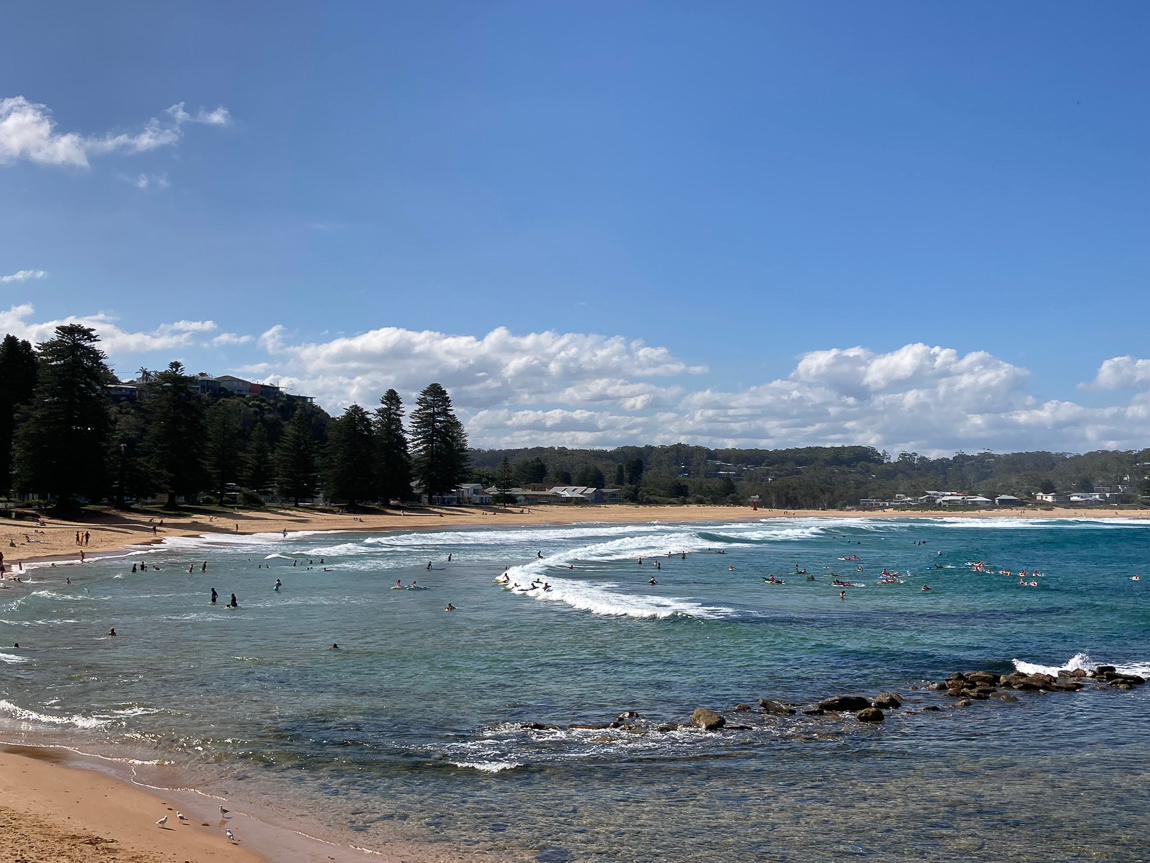 It's high summer and after a wet and cool period leading upto Xmas the weather here in Terrigal has reset to its default normal summer setting and we've had some very hot and humid days and nights this week.

Below Avoca Beach from the Surf Club Bar Tuesday afternoon. For most school age children it was the first day back to school after the summer holiday and it was a very hot and humid day. No surprises that the surf was crowded with children at 4.00pm.  We were enjoying a drink in the bar after walking out -after 30 mins-of the highly acclaimed film Tar showing in the nearby Avoca Beach Theatre.  I know it was lauded by the critics but we thought it was tedious and utterly pretentious. A view I have since discovered is shared by many of those who have now seen it. 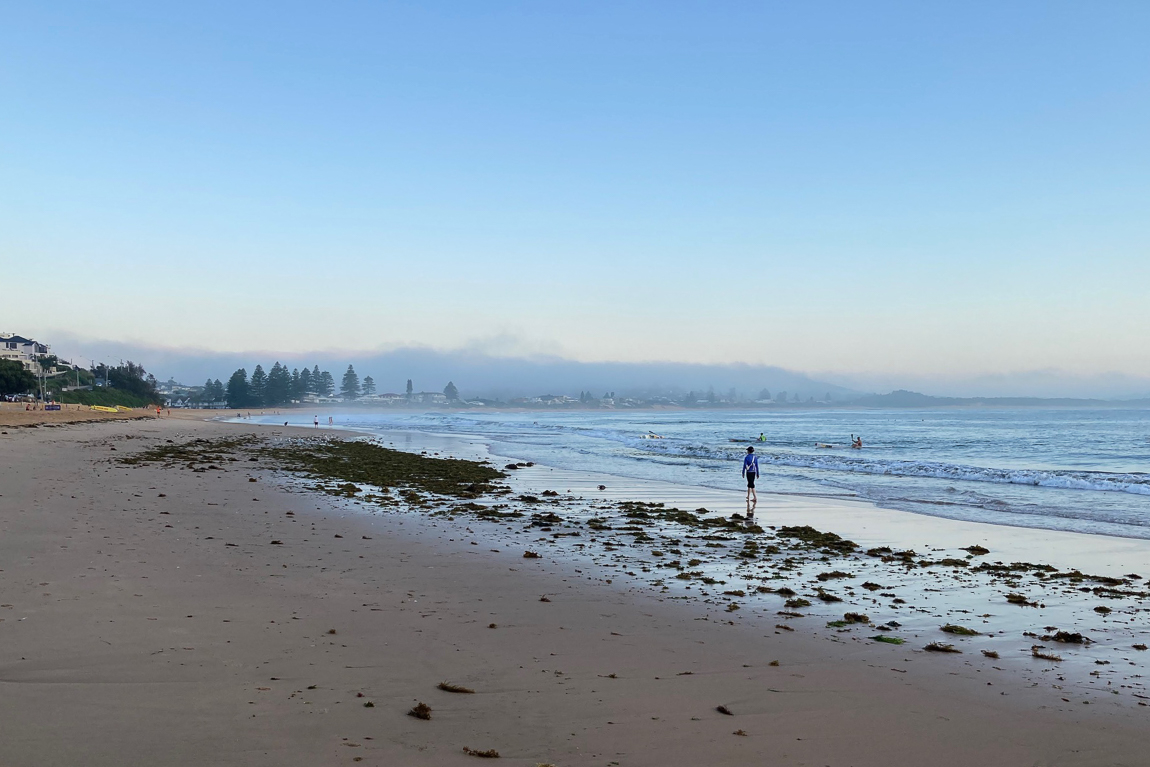 Terrigal Beach 7.00am today 26th January. A scorcher coming up so best to get the beach walk in early.
1 comment: 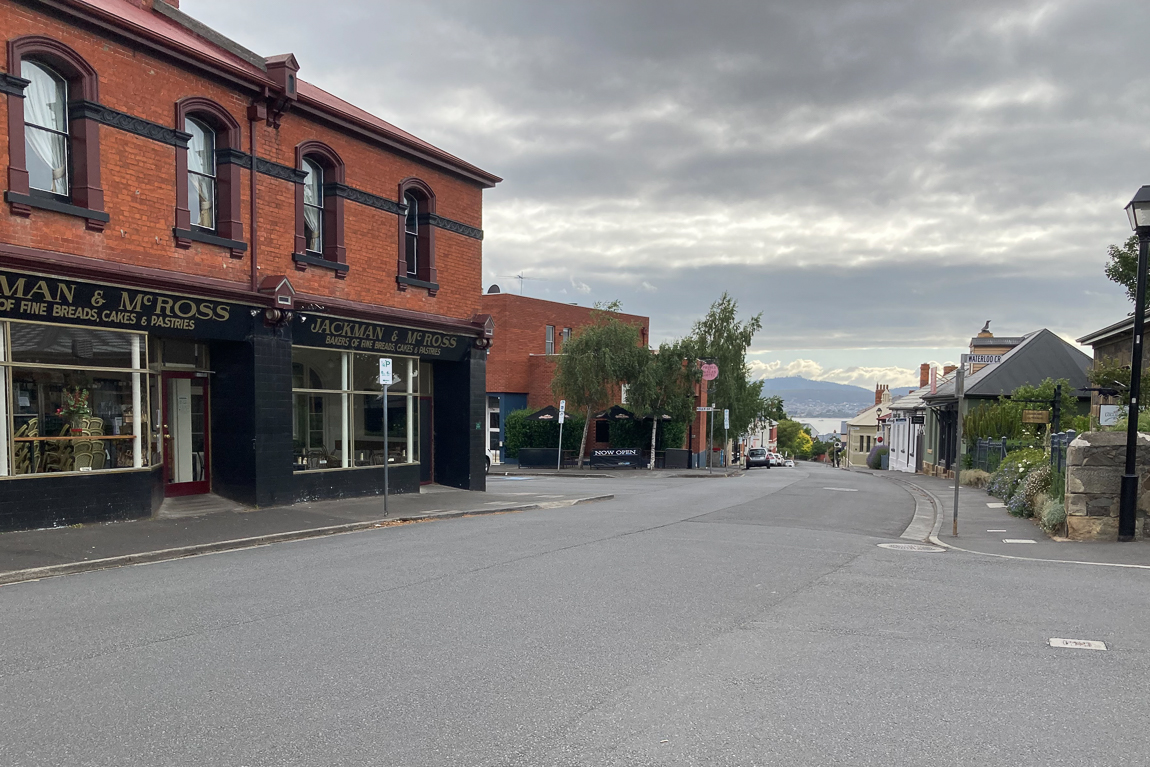 The second set of photos taken in the beautiful Freycinet National Park in Tasmania on my recent visit there. 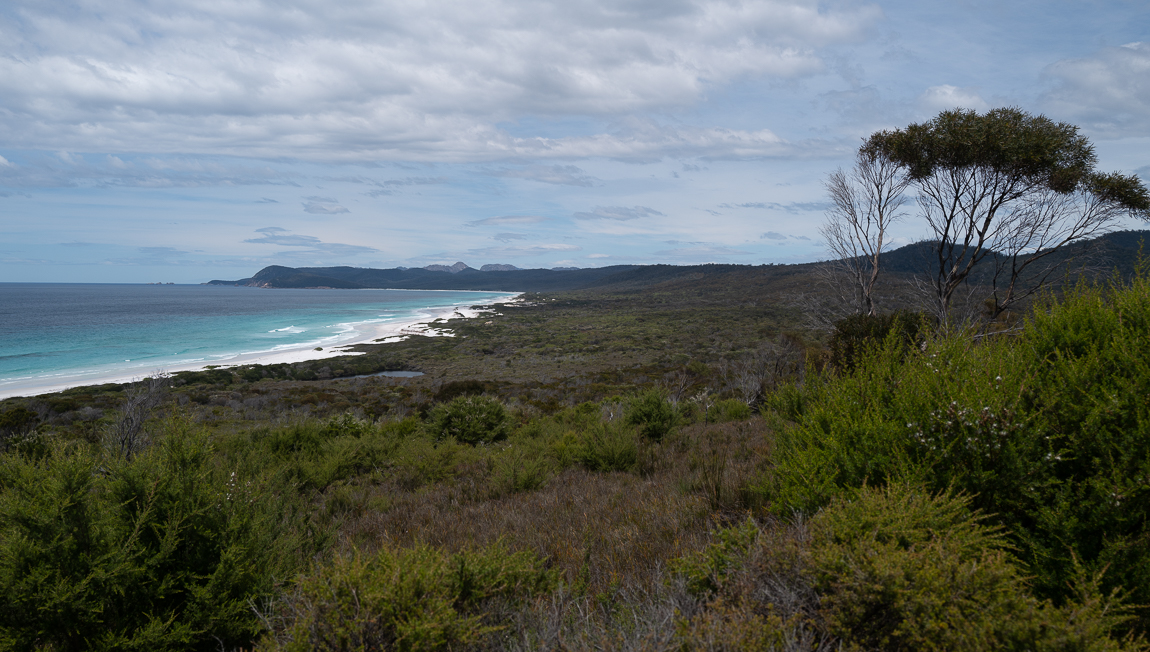 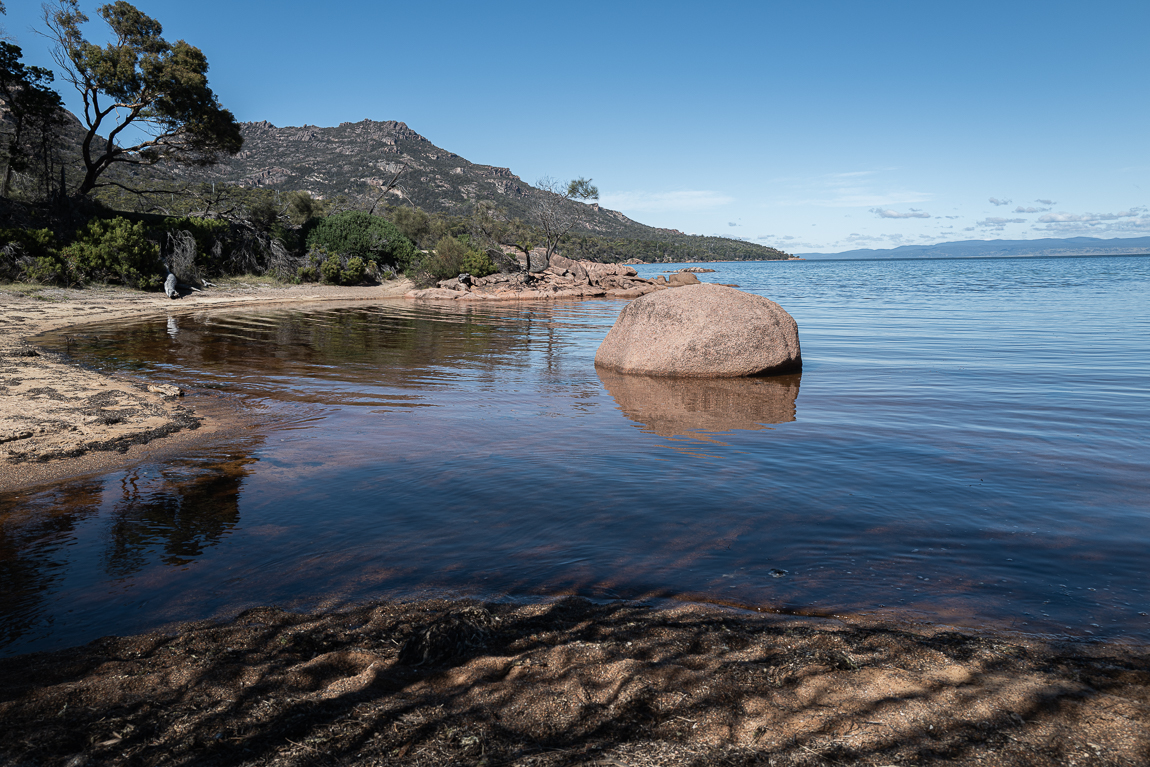 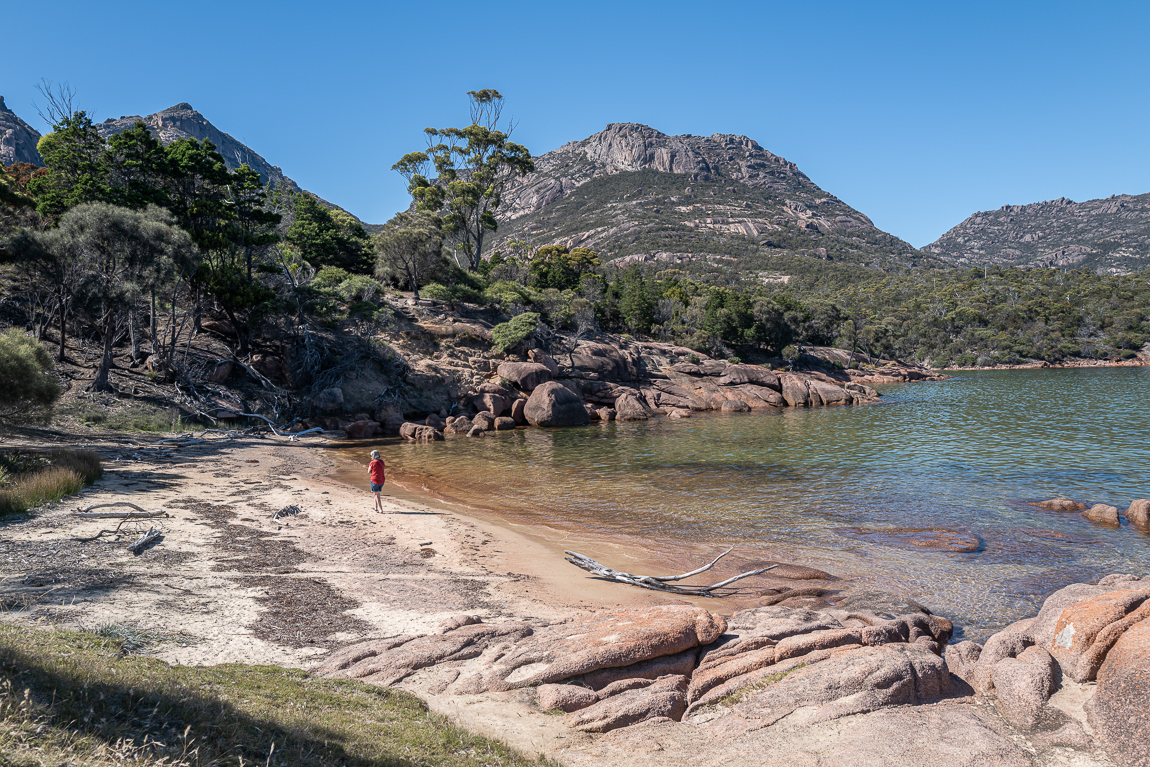 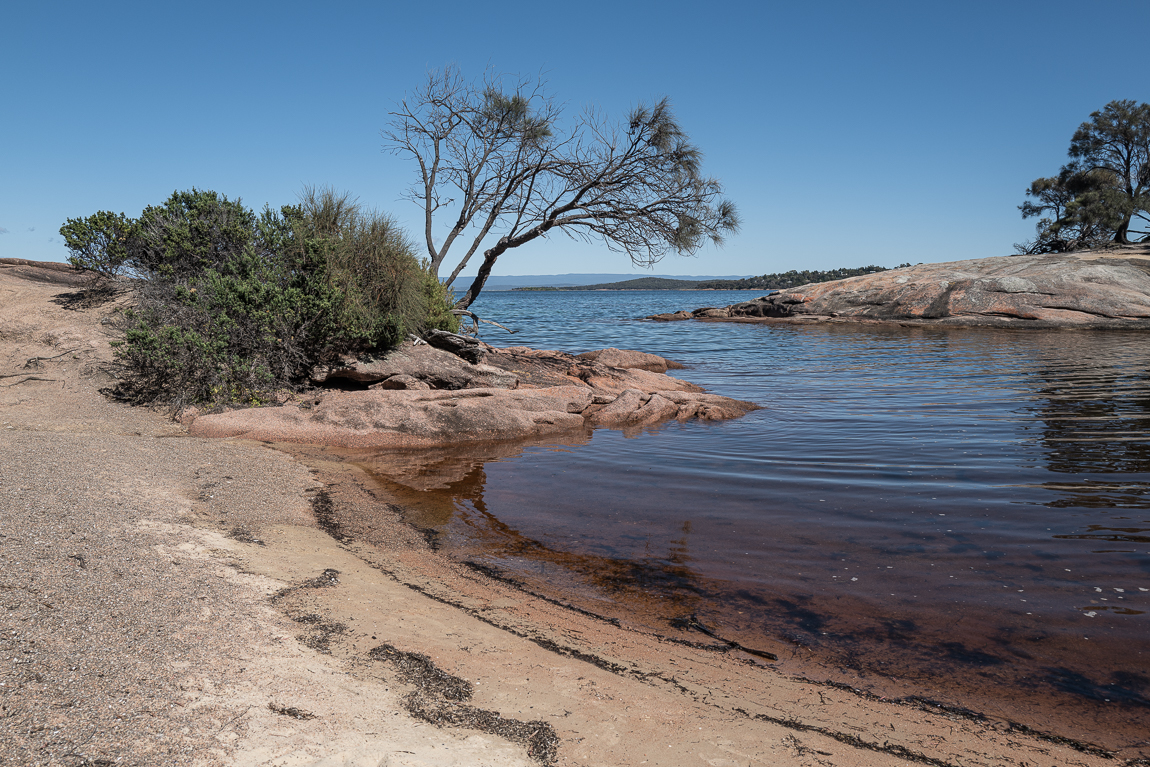 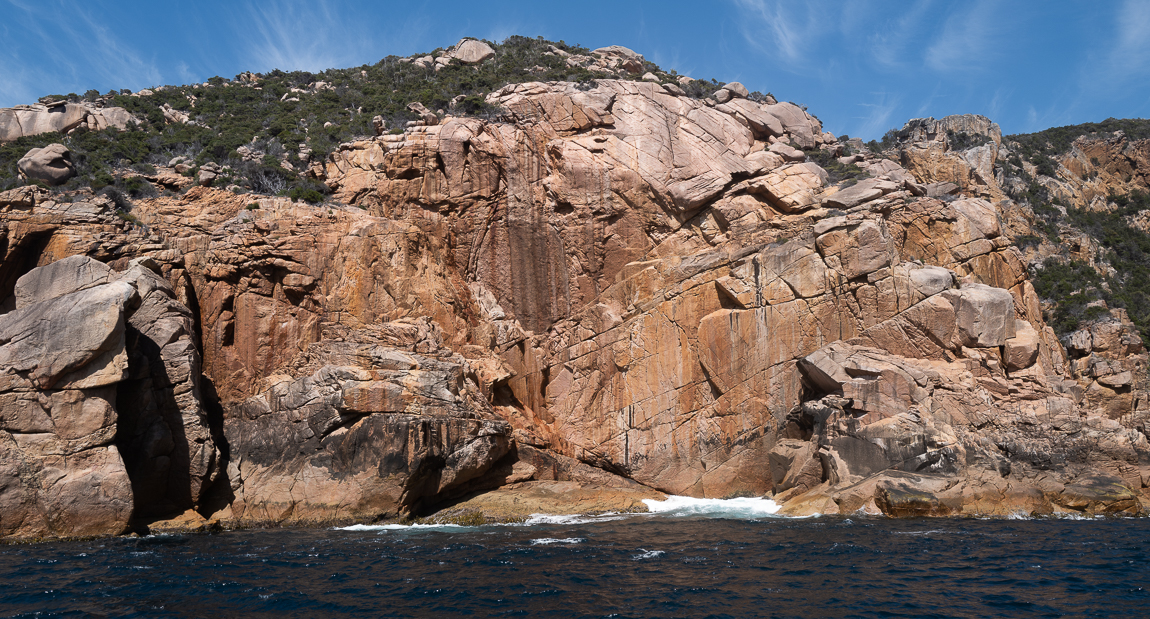 The second set of photos from my recent trip to Tasmania taken in the stunning Freycinet National Park where I stayed for 6 days. Words fail me in describing Freycinet -it has to be seen and experienced to be believed. I will let the photos speak for themselves. 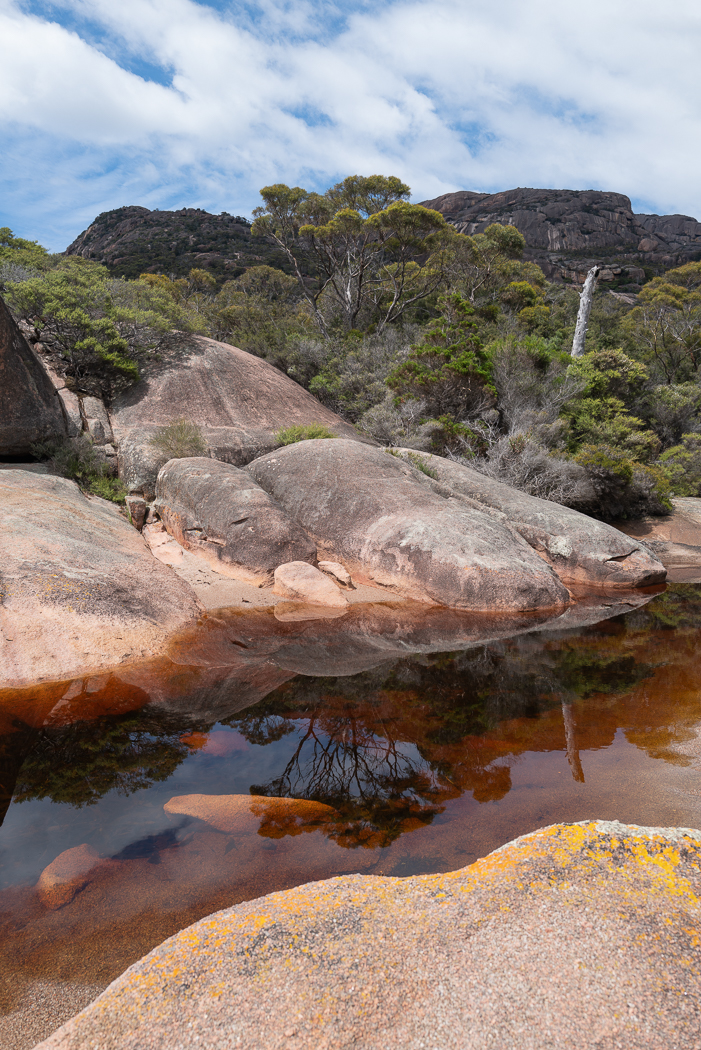 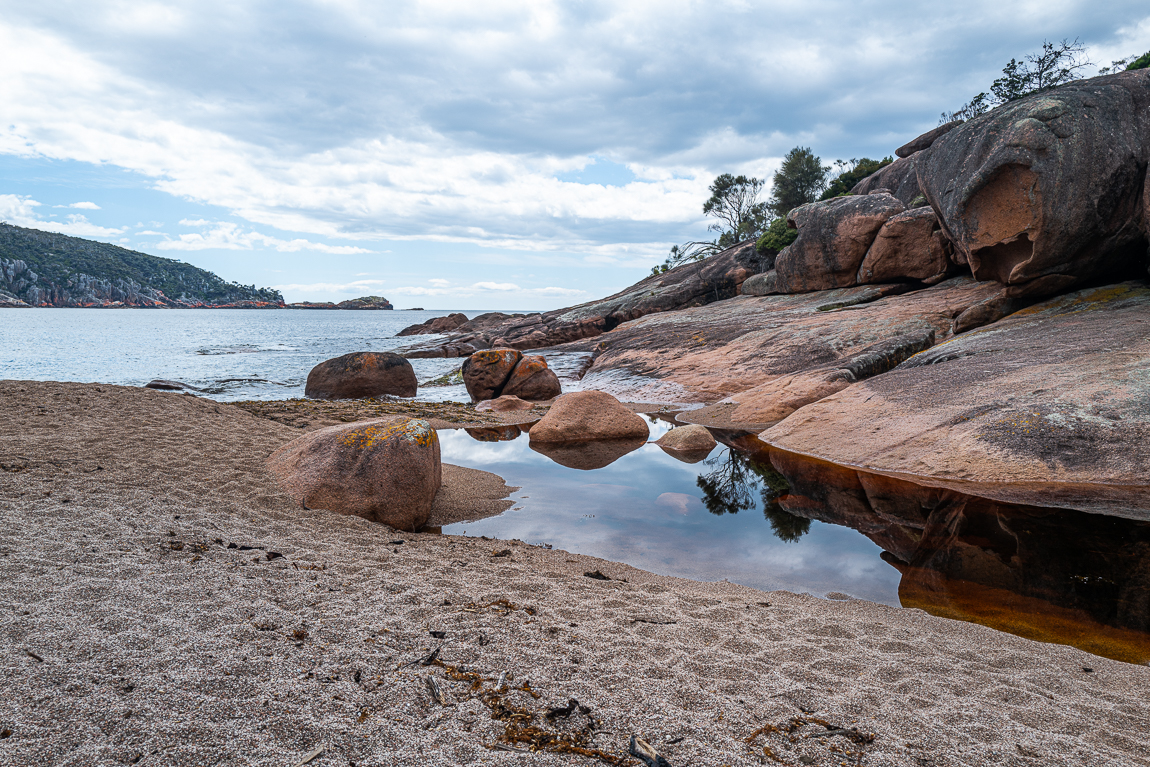 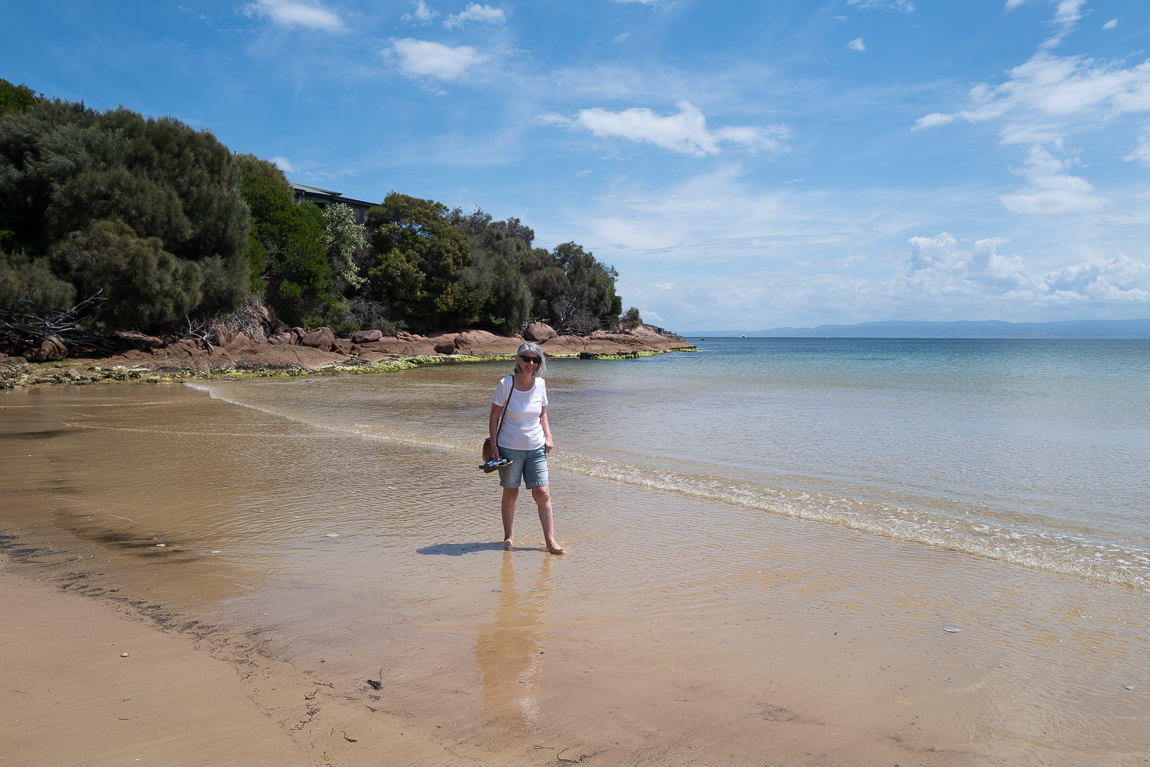 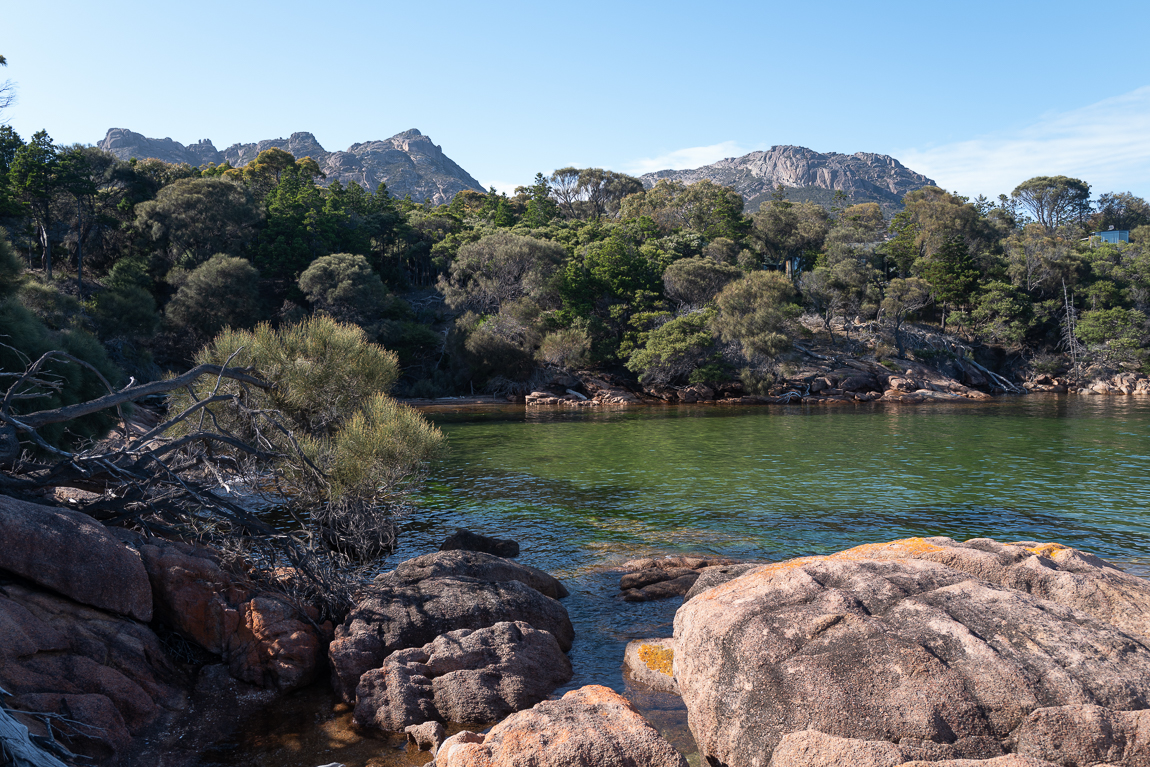 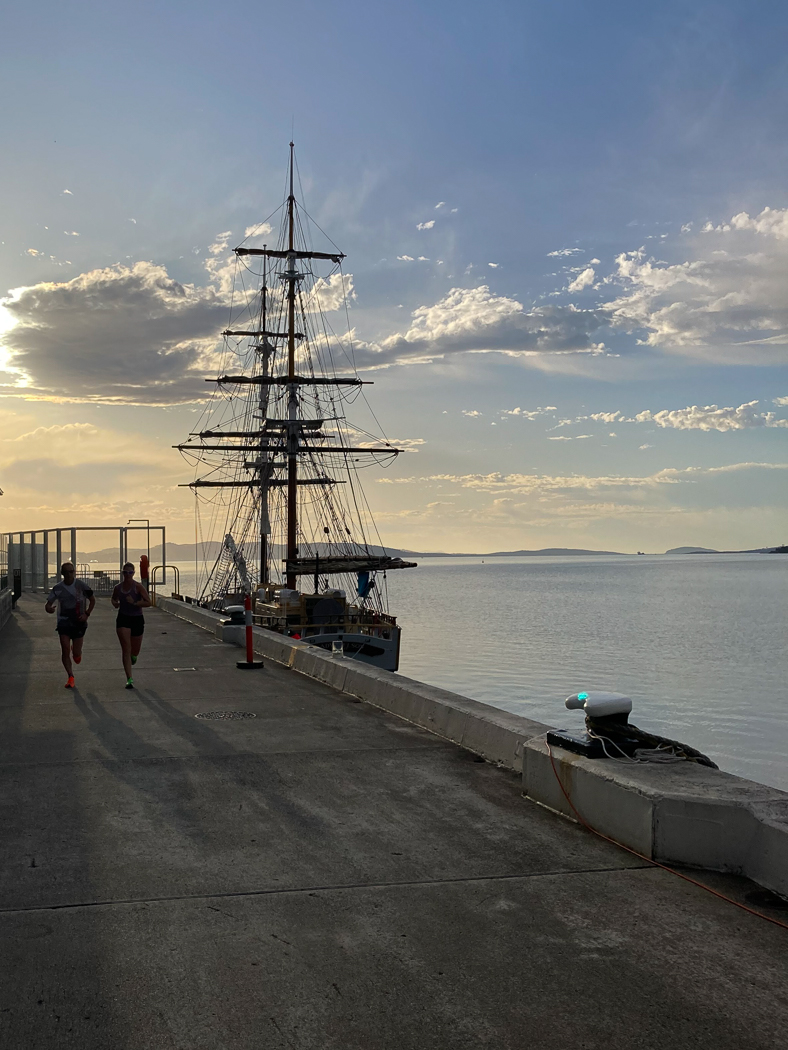 I've just spent two weeks over xmas and the New Year in beautiful Tasmania. I've only been back home for two days so I have not had a chance to spend time on the photos I took but for starters here are a couple of iPhone photos taken on an early morning walk on the quay in Hobart.

I purchased my Leica X Vario camera way back in 2014. The model was a commercial flop for Leica and it went out of production in 2016. By today's standards it is vintage with a "slow" zoom lens, only 16mp, a clip on accessory electronic viewfinder and shooting in the APS-C format.

Its biggest redeeming feature is that it takes stunning photos. The lens may be considered slow but the colour rendition and sharpness are outstanding and the straight from camera jpegs are superb.

I still really appreciate my X Vario despite owning a Leica Q2 and now a Lumix S5. I don't use it enough but this past year, due to the upheavals in my life, the same can be said for all my cameras.

Leica have announced that they are no longer providing product support to the X range of cameras which is a pity as they still enjoy a cult following. My X Vario has had relatively light use but digital "rot" may still claim it and it would be sad not to be able to get it repaired.

I pulled it out today to shoot our two cats-Marvel and Smudge- enjoying the small garden in the new house.

Both photos are unprocessed straight from the camera jpegs shot at 70mm. 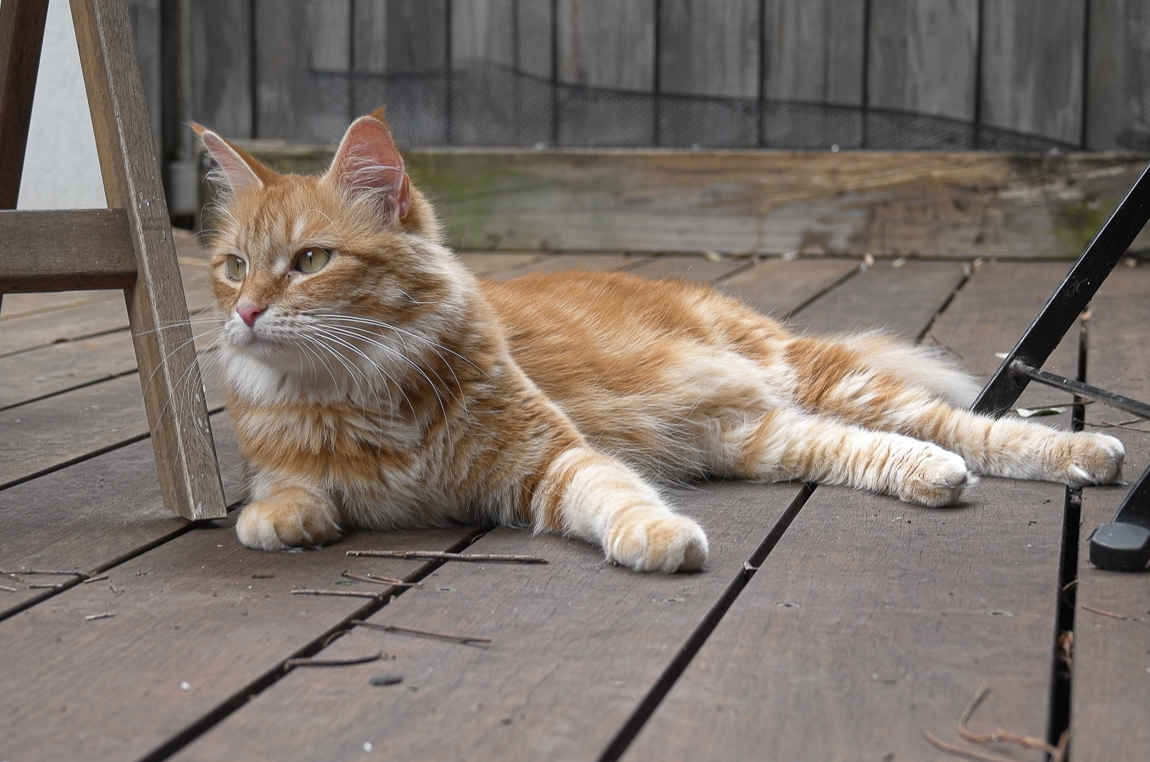 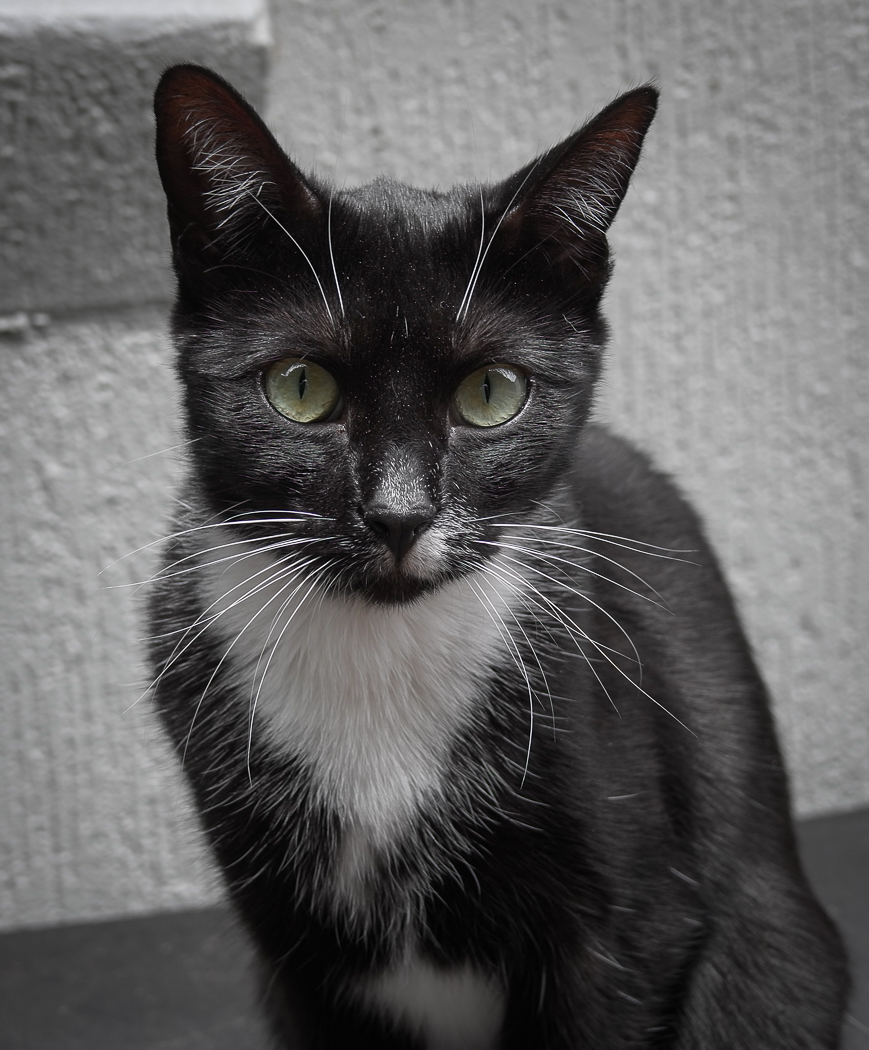 House with a view

A panorama of Terrigal shot from the top balcony of my new home this afternoon. The main bedroom opens out onto this balcony.

Starting from the left there are the neighbouring houses and then the Pacific Ocean and The Haven and boat moorings. Behind the trees is Terrigal Beach.

Centre is the main street and the Crowne Plaza hotel and then the houses in the Terrigal bowl. Nestled amongst them is my old home in Auld Street.

Photo is two frames taken with a Panasonic Lumix S5 with a 16-35mm lens at 16mm stitched together Adobe Lightroom Classic. 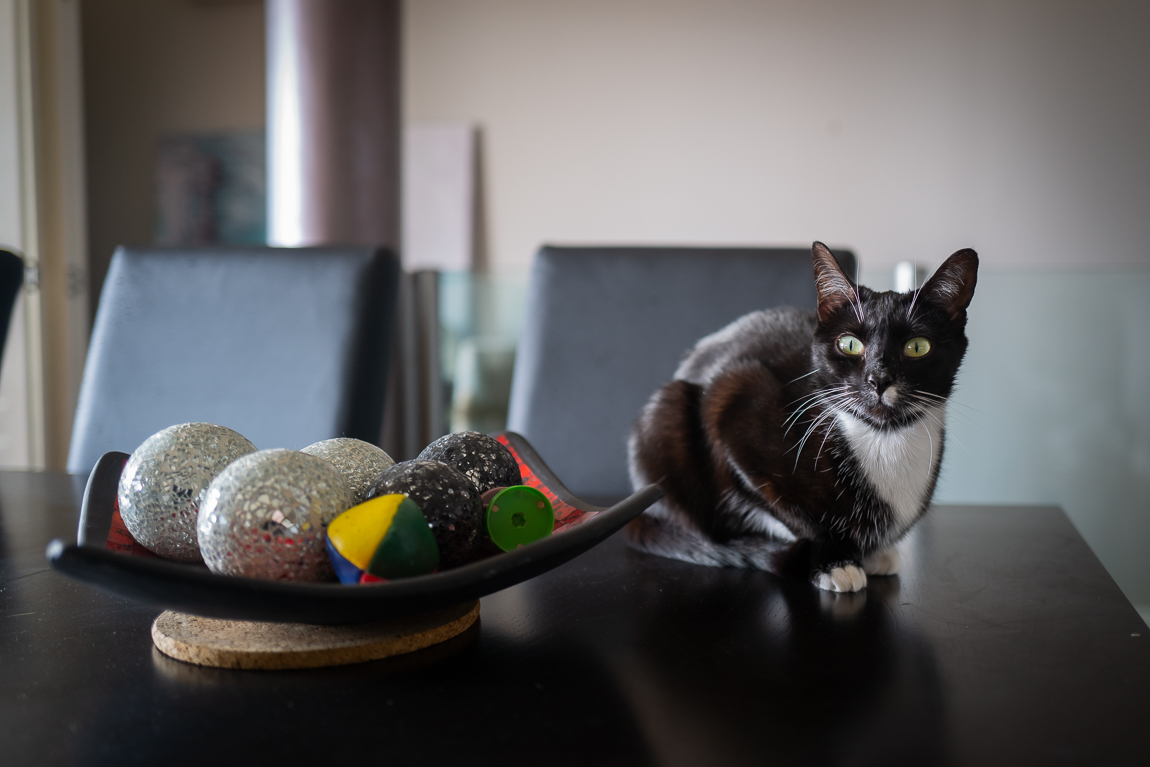 It's been many weeks since I posted a photo on the Rolling Road due to the fact that for the past three months I have been totally preoccupied with moving house.

Now I am settled into my new home with my cat, Marvel,  my delightful partner, Ros, and her little cat, Smudge, so it's time to pick up a camera again to take some photos.

Lots still to do in the house although we have knocked over most of the unpacking.

First photo of the new era is of Smudge.

Photo taken with my Leica Q2. This image is from a DNG (RAW) file processed in Lightroom but the straight from the camera JPEG is nearly identical.

The colour rendition from the Q2 is stunning. It is a beautiful camera. 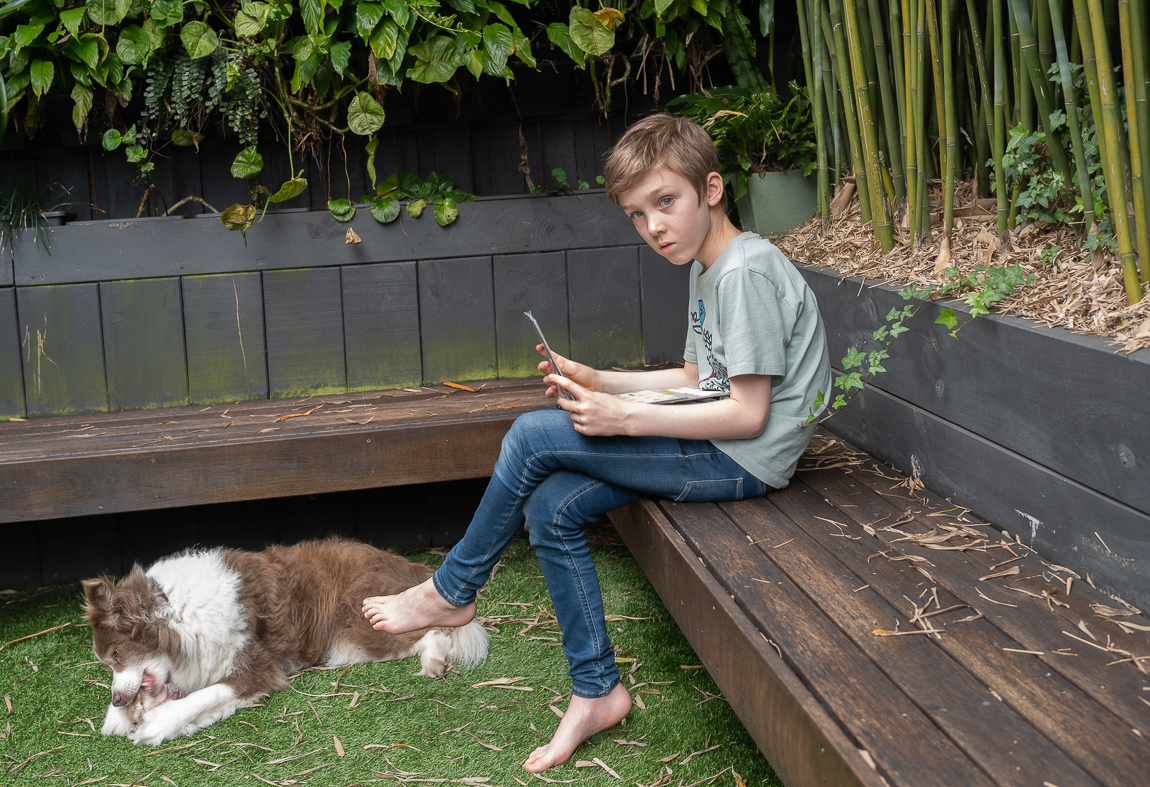 Grandson, Otto, and Scout photographed today at home in Sydney.

Waiting for the demolitian crew. 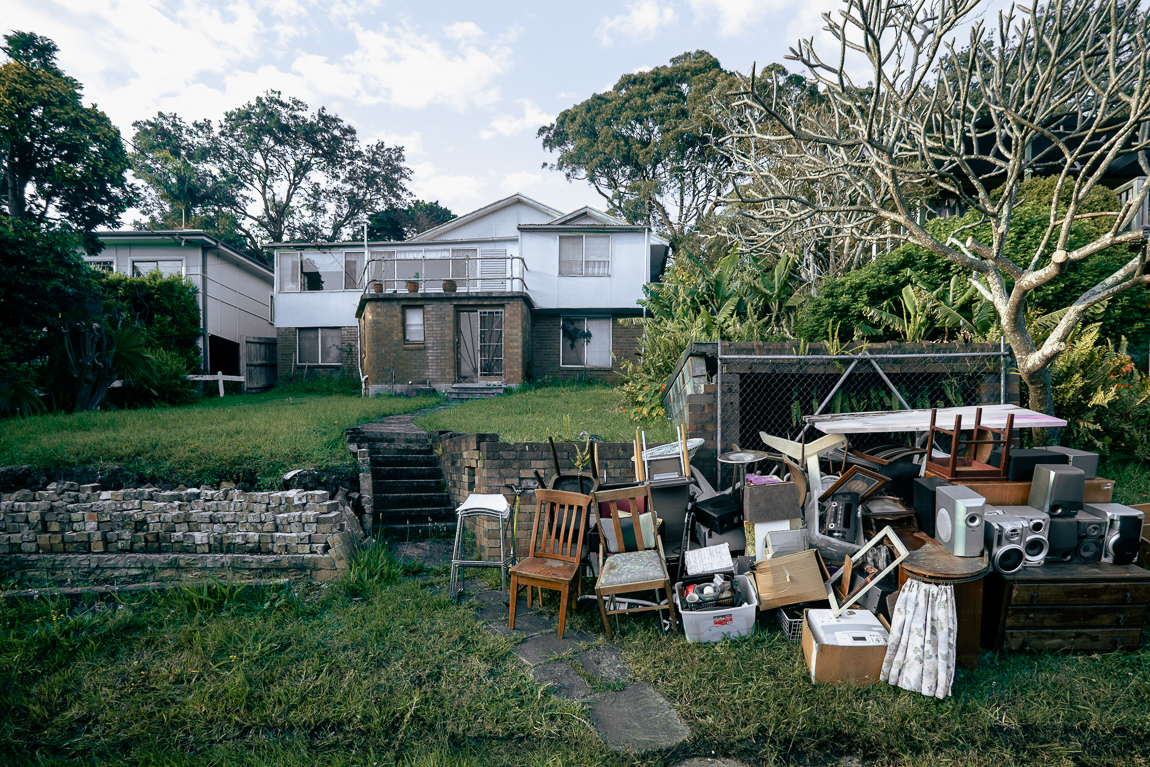 Empty house on my street in Terrigal ready for the demolitian crew.The house has been unoccupied for a few years since the previous occupant departed. It has just been cleaned out and the discarded items left waiting for a pick-up to take them to the garbage tip. More land fill.

The next step will be a demolitian crew and the sad old shack will then be replaced with a brand new home.