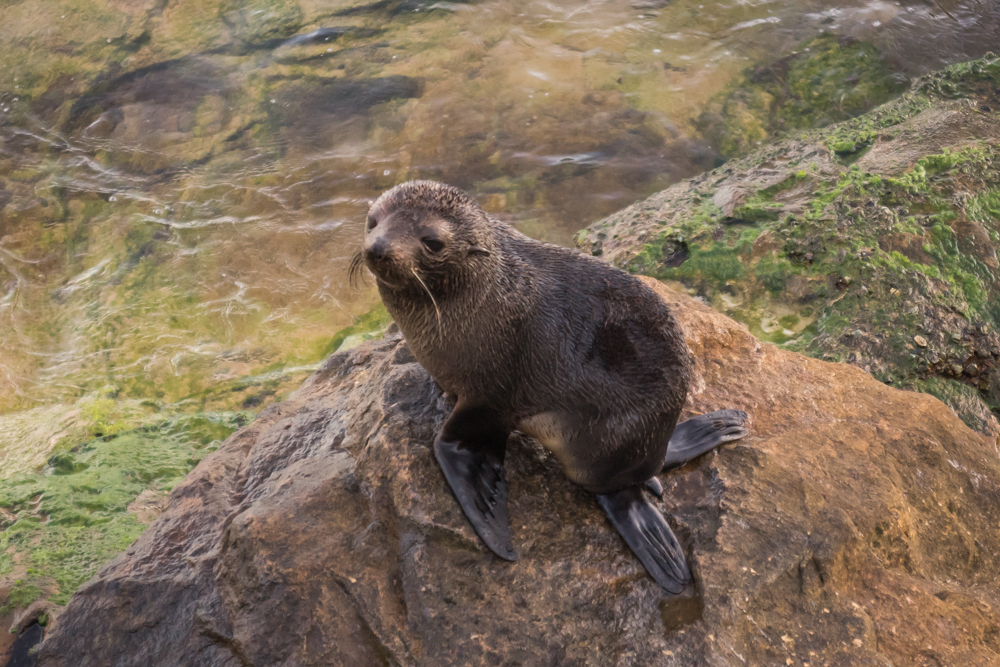 Quite by chance this morning I did not take my faithful  "go -get" Leica X1 on my early morning walk but instead took a Sony a7 with a Leica 28-70mm Vario-Elmarit lens and I was rewarded with a very rare sight which needed a longer lens than the X1-an infant seal on the rocks at one end of Terrigal Beach.The seal is very young and looked distressed -there was no sign of its mother-but I am sure that a wildlife protection organisation would be called in if it stayed there too long.It certainly was drawing a sizeable crowd of admirers and iPhone photographers.

Since writing the above the seal has stayed around-its now two days later-and there are marine rescue and NSW Parks rangers watching it and apparently it is about 12 months old and is in good shape -just resting up at Terrigal after coming through some heavy seas.Which goes to show that I know little about seals.

Email ThisBlogThis!Share to TwitterShare to FacebookShare to Pinterest
Labels: Leica, Sony a7, Stuff