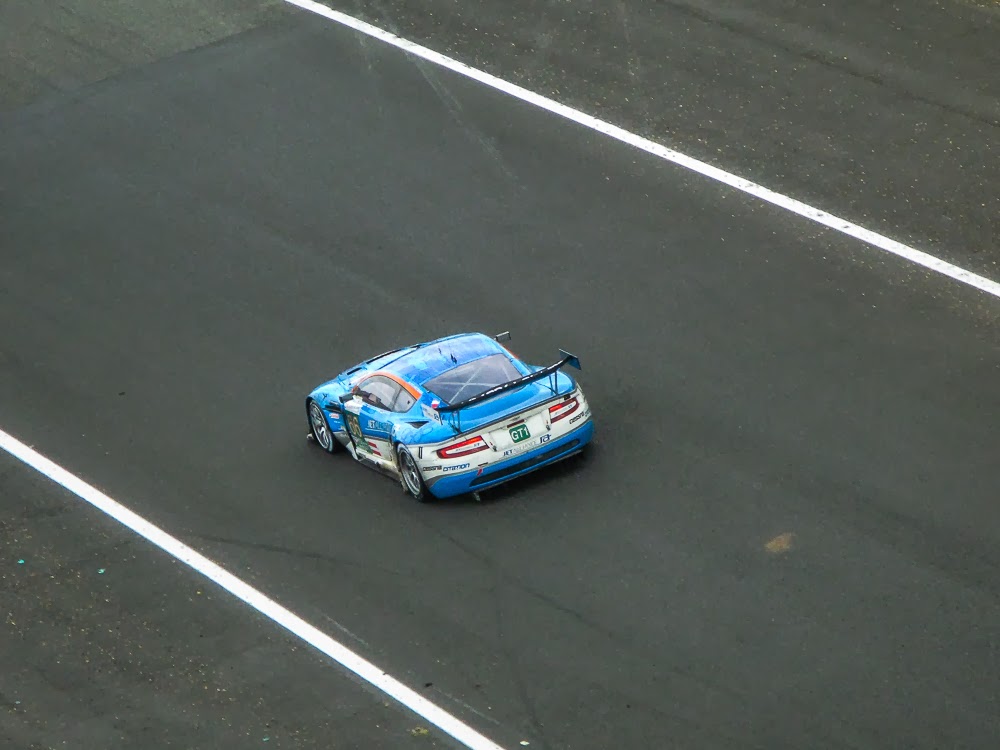 I know that there are followers of this blog who crave the latest in camera gear so I'm dedicating this photo to them.
It is of a Porsche 911 GT3 running in the GT1 class at the 2009 Le Mans 24 hour race.The photo was taken at 7.06 pm as a jpeg at 1/500th second at F4.8 at ISO 400 according to the metadata.It was taken from high up on the ferris wheel beside the Porsche curves and the car is just accelerating onto the straight so it is moving very quickly.
Now the remarkable thing about the photo is that it was taken by me with a Canon G7 compact camera-worth probably $150 at the most today.Something for the camera gearheads to reflect on.
Now I am not claiming that I have put it on the blog straight as it came out of the camera.It has been processed/adjusted in Lightroom 4 but only slightly.The white balance was fine-it has been slightly cropped - and the clarity,contrast and sharpness all turned up a little.Not bad for a little old cheapie nonetheless.