It was the Porsche Club NSW Concours at Newington,Sydney today.Rob Sheeren was using his drone with GoPro camera attached for some aerial photography over the cars.The camera has a floating mount which ensures that it is is always stable and straight regardless of the movements and attitude of the drone.The camera has a wireless link to the ground so that Rob can see camera's vision on tablet sized screen attached to the radio control unit in his hands.Very impressive.A long way from the first ever aerial photography which was over Boston in the US in 1853-drawing below .
I used to live near Epsom Downs in the UK when I was very young in the 1950s and on a sunday they was a RC model aircraft club flying or trying to fly on the Downs.They used valve transmitters and receivers in the planes with big heavy high tension batteries.They had not invented transistors yet alone microchips at that time.The fliers spent most of the day trying to get the radio control to function.They did very little flying as usually by the time they had fixed the radios -which often did not happen-it was too windy or it was raining.Rob just plugged it all in and off it went.It's a different world. 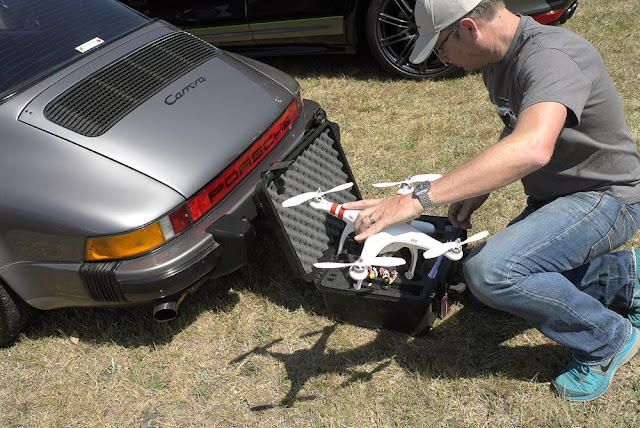 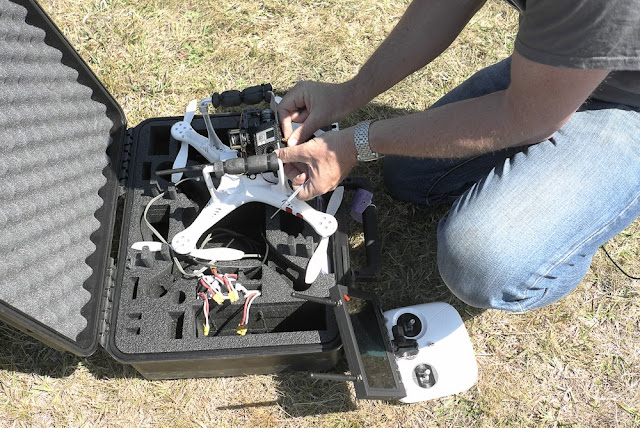 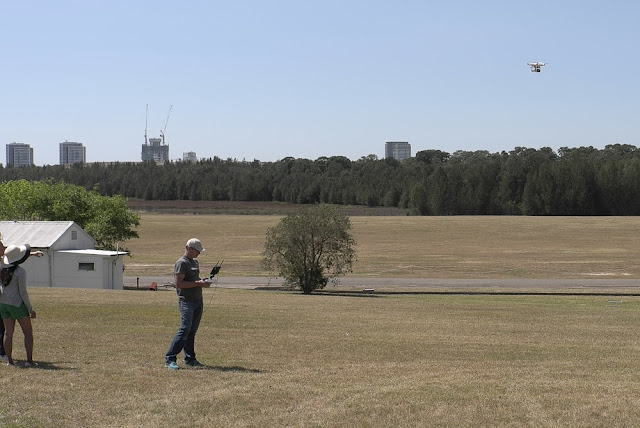 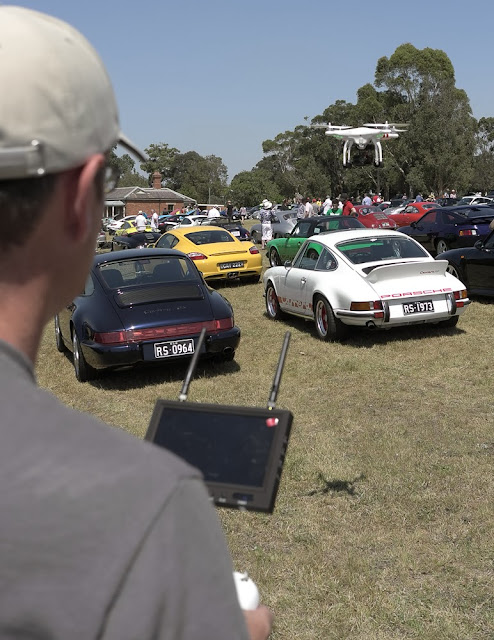 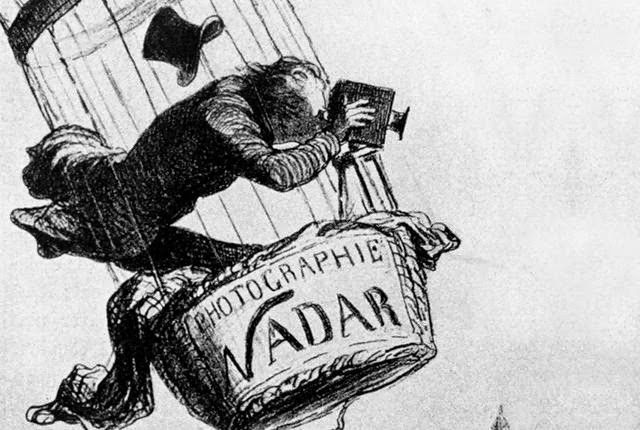