Len and his bikes. 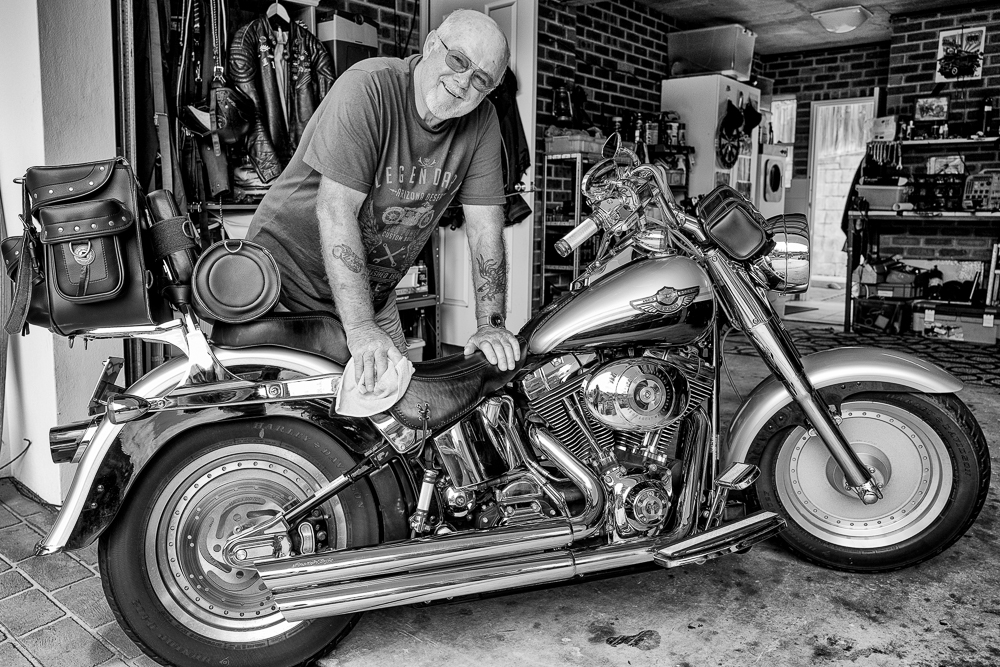 Len lives on my street a few houses away. He has a regularly changing collection of toys although this Harley 100th Anniversary Fat Boy is one of his long term keepers. I don't see much of Len as he is often away -usually on a long ride- but I was driving past his place yesterday when I saw him polishing the bike. So I went home and grabbed a camera and got this very Len shot.

Whilst I was there he showed me his latest toy-below. An electric bike which he had assembled from two discarded bikes he found in a pile of rubbish awaiting collection by the council in a nearby street. One of the bikes was electric bike in a very sorry condition. The other was a conventional bike also in a very sorry condition. From the two he assembled this one bike and all he had to buy was two new inner tubes and three new batteries-the expensive part. The electric bike originally had two batteries to give 24 volts. He has added a third battery so that it runs on 36 volts and it really moves although it is no lightweight.
Why monochrome? Harleys always look better in monochrome. 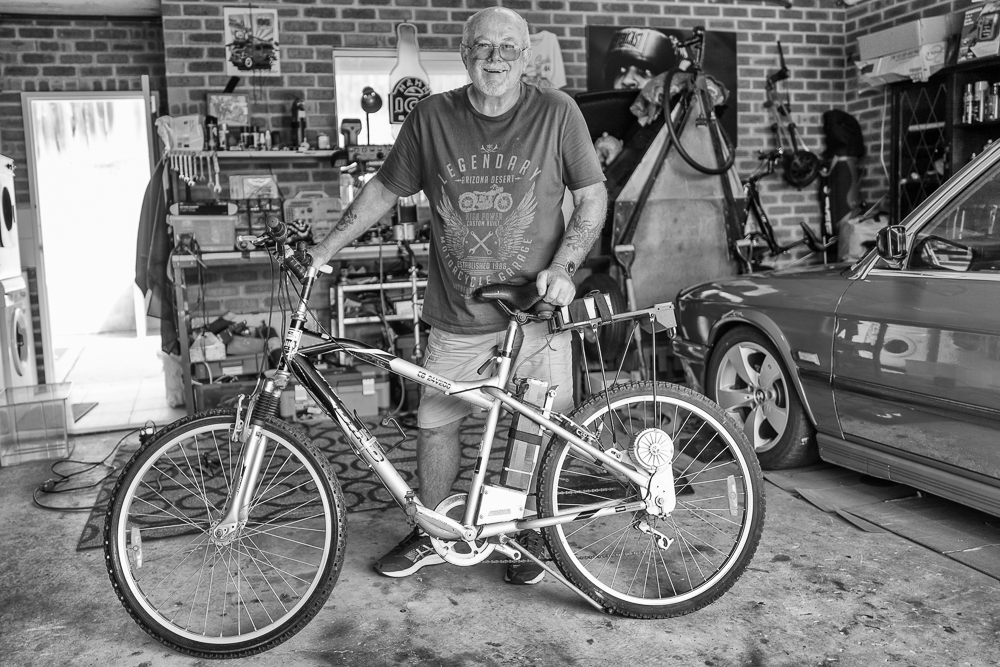